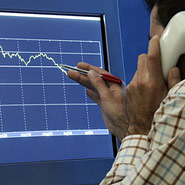 For the majority of Americans, income taxes are collected on a pay-as-you go basis through the automatic withholding on their wages through their employers. However, if you receive substantial income from dividends, interest, business income, and/or capital gains, you should check your estimated tax liability to verify if you need to make estimated tax payments. Failure to pay a required estimated tax installment will subject you to a penalty based on the prevailing IRS interest rate applied to tax deficiencies.

Do You Need to Make Estimated Tax Payments?

If you are unable to make a precise projection of your 2015 income (most traders fall into this category), you can play it safe and avoid penalties and interest from the IRS by having your withholdings and estimated tax payments equal to 100% of your 2014 total tax, as long as your adjusted gross income is $150,000 or less. If your adjusted gross income exceeds that amount, your payments for 2015 must be at least 110% of your 2014 total tax.

What To Do If Your Income Fluctuates

Adjusting Your Payments During the Year

Trading is a volatile business. If your income or expenses change during the year, you should refigure your estimated tax liability and adjust your payment schedule going forward.

Estimated tax payments are made by filling out Form 1040-ES vouchers and mailing them in to the IRS with your tax payment. You can also make payments electronically through the Electronic Federal Tax Payment System (EFTPS). The due dates for 2015 are 1st Quarter: April 15th, 2nd Quarter: June 15th, 3rd Quarter: September 15th, and 4th Quarter: January 15th, 2016.

Traders need to be aware of estimated tax liability and whether they need to make quarterly estimated tax payments. With some proper planning, you can avoid the costly penalties and interest from the IRS and keep more of your hard earned profits.

Related Reading from this writer.

How to Audit Proof Your Trader Tax Status