Nice wave IV rally. Ugh, hard day behind for me, my stoploss occured when SPX 838 was broken with intratrade, then I also missed the ultimate bottom too, but I understood very quickly when SPX started to rally back that this could come huge now, thanx very much again to eurodollar charts, fixed damaged + made decent profit going long with it 3 times.

It´s a bit difficult to post setups as they come and go, 20-40 pips movement are very nice to do, not too fast running, but a few hours swings. Created chart below just now, there should be at least one shorting setup also meaning possibe wave 1 of 4 at least with 61.8%. It could breake later, but they never go directly throw in first drive. SPX chart is very similiar, likely. Note that this is only last part of impulse finished today, this IV wave can come huge (or then not) – either the case, it´s only IV for me.

Btw this complete chart is exactly similiar as august stockmarket rally day had.

What do trade, here´s my favorite one´s (which I allways confirm with oscillators plus fibs> 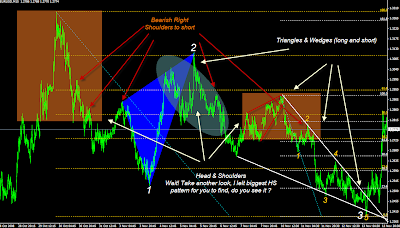