3 Stocks With The Most Turnaround Potential In 2016 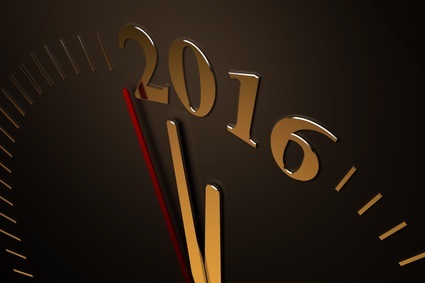 My own 20 years of trading experience tells me that buying a company with a falling stock price is fraught with risks, akin to “catching a falling knife.”

Specifically, I and other experienced traders know that a strategy based on price momentum (i.e. buying stocks that have gone up the most) has generally outperformed value-based and passive strategies. More glaringly, the empirical evidence shows that negative price momentum in stocks has more persistence than positive momentum. This means when you buy a company with a falling stock price, chances are it will fall for much longer than you expect. Researchers attribute the persistence of negative momentum to two behavioral traits: 1) investors like to hold on to their losers until some really bad news cause them to “capitulate,” and 2) investors perceive that a company with a falling stock price is a bargain; their buying supports the stock price in the short-run but accentuates the decline in the longer-run.

However, the empirical evidence also shows the existence of a “reversal effect” after 3 to 5 years. This means one could outperform the market by buying beaten-down stocks that have consistently underperformed the market over the last 3 to 5 years.

I take advantage of this by tracking a daily list of underperforming stocks over the last 3 and 5 years. I start with this list and remove stocks whose fundamentals are still worsening, such as energy, base metals, and steel-related stocks, as well as companies with declining year-over-year revenues. I also removed companies with less than a $750 million market cap; I pick my final 3 candidates through a fundamental analysis of the underlying business model of each company.

My 3 candidates with the most turnaround potential in 2016 are: 1) Coach Inc. (COH), 2) Urban Outfitters (URBN), and 3) Stillwater Mining (SWC). Here are the reasons why I like these 3 stocks.

COH has struggled in recent years as it diluted its brand by over-expanding its line of outlet stores, excessive discounting, and the lack of design refreshes. The firm also suffered from increasing competition from Michael Kors and Kate Spade in its women’s handbags segment, which is by far the biggest contributor to the firm’s bottom line.

COH peaked in March 2012 at nearly $80 a share, bottoming at just under $30 a share three months ago. COH responded to these challenges by implementing its “Transformation Plan” in calendar Q2 2014, which involves: a) refreshing the Coach design with the hiring of new Creative Director, Stuart Vevers, b) a multi-hundred million dollar CAPEX plan to refresh its retail and outlet locations, c) an additional $50 million in advertising spending to elevate brand perception, and d) shuttering underperforming stores and curtailing promotional activity.

COH’s Transformation Plan is now bearing fruit. At the trough in the last fiscal year (ending June 27, 2015), COH’s North American comparable store sales fell by 22% year-over-year; this is expected to turn positive as soon as this quarter. In fact, comparable store sales at its refreshed stores have already been rising. Its new design has also generated interest among high-end retailers that have not traditionally offered the brand, including Sakes, Nordstrom, and Colette. With U.S. consumers looking for new and innovative designs, COH’s redesign and repositioning is timely. I expect COH to rise by at least 50% to $50 a share over the next two years.

Like most specialty retailers catering to younger demographics, URBN underperformed as U.S. Millennials flocked to “fast-fashion” brands such as H&M and Zara. URBN stumbled during fiscal 2015 (ending January 31, 2015), posting only a 1.6% comparable sales growth (after having been as high as 6.0% in fiscal 2014), due to a fashion stumble and an overbuilding of inventory.

Unlike other specialty retailers, however, URBN has been able to differentiate itself from other teen/Millennial retail concepts. E.g. 57% of its customers enroll in a loyalty program. In addition, in the 2015 Teen Vogue-Goldman Sachs Millennial Brand Survey, URBN was named one of the country’s top 10 brands, along with others such as Nike, Forever 21, and Victoria’s Secret.

URBN’s gross margins are set to rise next quarter through better product selection, an ongoing recovery in U.S. Millennial spending, and the completion of its fulfillment center. Its customer count is still growing by double digits and I expect the stock to easily outperform the market over the next two years.

SWC is the leading North American producer of palladium and platinum, two industrial metals that are used for auto catalytic convertors as well as for jewelry and investment purposes. Despite the strong fundamentals, neither palladium nor platinum prices have been immune to the general decline in metal prices over the last several years. After trading as high as $900 an ounce in August 2014, palladium is down at $550 an ounce; platinum traded as high as $1,900 an ounce in August 2011; today it is under $900 an ounce.

Disclosure: Neither I nor does my firm, CB Capital Partners currently hold any shares in COH, URBN, or SWC.

Henry To, CFA, CAIA, FRM is Partner & Chief Investment Officer at CB Capital Partners. Established in 2001, CB Capital Partners is a global financial advisory and investment firm headquartered in Newport Beach, California, with an office in Shanghai, China and an affiliate office in Mumbai, India. Visit http://www.cbcapital.com and http://www.cbcapitalresearch.com for more information.