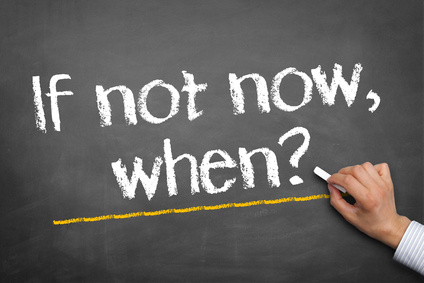 Change is the only constant. I remind new traders of this concept all the time. Just when your method or backtested system starts to really pay dividends, it will not be long before the market changes, and you will be forced to adapt along with it. If you don’t, your days will drag on with frustrating results. The longer you resist this reality, the more you will lose money and confidence.

Albert Einstein once supposedly said, “The definition of insanity is doing the same thing over and over and expecting a different result.” Being slow to adapt to market changes can be one of the biggest hurdles we face as traders. And I believe it can be the difference between a breakeven and a consistently profitable trader.

Looking over the past 15 years, a few major changes have forced active traders to adapt. To start, spreads used to trade one-quarter wide, then it was not long before they became one-sixteenth wide. Those who could not adjust were run out of the game. And just when we became comfortable with one-sixteenth spreads, decimalization started in 2001. I spoke with a few traders who said that this was finally it, and they did not feel they could adjust to the new penny spreads. Their methods did not marry with a penny-spread market, and they were out the door getting another job.

Then the talented tape readers of the New York Stock Exchange specialist game were under assault as the NYSE became a hybrid system, sharing orders with the Arca electronic communication network. No longer could some of my friends just shadow the specialist and read his or her prints for their day-trading cues.

In 1999, the Internet tech bubble was in full swing. I was trading my account at a local retail trading floor that offered direct access trading in a group environment. Being in San Diego, traders from other offices would come to town and trade in the morning, then vacation in the afternoon.

I remember one particular group from Texas who all seemed to feed off each other and had the markets nailed on a monthly basis. Their game was simple: buy highs, and when the market pulled back, buy them again. Many of these traders built multimillion-dollar accounts in a matter of three years using this method.

But March 2000 changed things for these guys. The market turned on a dime, sparked by a call from Abby Joseph Cohen at Goldman Sachs. When stocks tried to rally after a big pullback, the confident buyers did not feel the change in market dynamics. They bought short-term highs and added onto pullbacks once again. This proved to be the beginning of the end for the Texans’ method that had worked so well.

Sometime around 2003 I had come to learn that many traders who had made a killing in the late ’90s gave back almost all of their gains. In fact, a few of them just went back to proprietary trading for profit splits. I could not comprehend that many of these rich and successful traders were so slow to change their methods. Watching that lesson from a distance made a big impression on me, and I vowed never to get stubborn when the markets change.

During the past couple of years, I have had to adapt when a few methods that worked well fizzled a few months later. The key is quickly identifying the change in price behavior and adjusting your method or scrapping trades altogether. A good example from my experience was the runup in oil prices last year. My trading partner noticed a great inverse correlation between airline stocks and the price of oil, using the US Oil Fund LP ETF (USO) as an easy monitor.

For a few months, it was just so easy. When oil pulled back sharply, we bought airlines that were holding up the best for the day. On the days USO was increasing, we looked at the short side for the weakest airline stocks. For many reasons, that trade only worked well for a few months. Soon after the oil bubble burst and the economy was looking grim, the airlines disconnected from it all.

The important point is that it may have been only a week of failed attempts before we admitted to ourselves that the oil-airline trade was over and it was time to move on. Figure 1 shows how the correlation disconnected in September 2008.

The same story happens time and time again. Once something becomes almost too obvious, the market has a diabolical way of changing the game. Those traders who are paying attention and not fighting the change will live to fight another day.

Modifying your approach in other areas of the market can also be a factor in adapting to change. A current example of this would be the increased activity of high-frequency trading. As I write this article, the issues of HFT and flash trading are now hitting critical mass in the media. The SEC will be taking a close look at these and other surrounding issues. Therefore, the HFT crowd must deal with some changes.

The increased presence of programmed trading in the markets has been one of the most recent examples of adaptation for our trading methods. What I have noticed is that the first 30 minutes of the trading day have been the most volatile in terms of wide ranges in the five-minute timeframe.

It came as no surprise that a good portion of losing trades were taking place during this period. Having noticed many losing trades in the first 30 minutes of the day, it became quite obvious that the next adjustment in my method would be to avoid this period of the day altogether. After a solid two weeks of implementation, this simple adjustment—not trading the first 30 minutes—provided a marked improvement in my daily profit and loss.

What was happening prior to this adjustment was not just a loss of money in the early going, but a loss of opportunity. Many days were spent playing catch-up after a bad start. By getting into unruly trades too early, much time was spent nursing bad positions, rather than looking for good setups. I now commonly refer to the first 30 minutes as “observation mode.”

It is amazing that something as simple as waiting 15 minutes longer to make my first trades can show such dramatic results at the end of the day. In fact, I have now modified this rule to include the last 15 minutes as well. If you have not already noticed, lately the market seems to whipsaw its way into the closing bell. That is an environment to be avoided, as it is so easy to “chase your tail” in that end-of-day action. See Figure 2 for an illustration of the time of day and how it relates to volatility in the SPDR S&P 500 ETF (SPY).

What is causing this explosion of volatility in the first and last half hour of each day? It is my contention that current volume is not really volume at all. It is more noise than anything. Some people estimate that HFT and programmed trading now account for 70 percent of daily volume. So each day, computers are rushing into the market at the open and rushing out by the close. Having leveraged ETFs as a component of all this arbitraged programmed trading just adds to the chaos. Once the market settles a bit after 10 a.m. ET, my methods seem to have better results.

Figure 3 reveals that price action during the first 30 minutes is violent. If you take a small position and are willing to sit through that noise, then you can ride through that kind of action. If you are looking to scalp with bigger size, you need to respect this time of day. I like to have multiple positions at once; therefore, this type of wild action does not work well for my style. If you are a quick hit-and-run scalper and only watch one stock at a time, ironically enough, this may be a great time of day to trade.

I have always maintained that trading is more of an art than a science. We all have our own methods. There are no rules to follow. We make our own. For many people, this is a difficult proposition when the rules seem to change often. Not recognizing the changes in market conditions and how it relates to our bottom lines can be devastating.

It is human nature to want to hang on to what once worked so well. In other words, it is hard for the psyche to admit that a good thing is over and that it is time to move on to the next opportunity. If we hang on too long with an old method, the opportunity costs of missing a new method will eventually get us and wear us down.