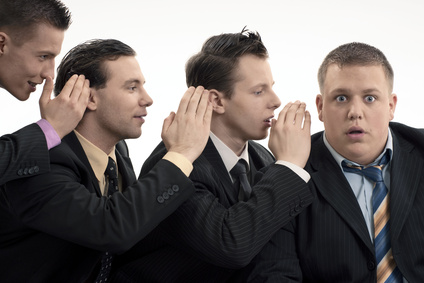 In my first article in this series, I explained what a binary option is and how it differs from a traditional futures contract. In part two of this exclusive TraderPlanet series I will illustrate how someone can capitalize on these vehicles with their trading.

Nadex offers two contracts: binary option and bull spreads. Binary options have durations as short as two hours. Each binary option contract has a floor (0) and ceiling (100) threshold and is in increments of 100 points. Each contract will show the profit and loss potential prior to initiating the trade and each point equals one U.S. dollar. 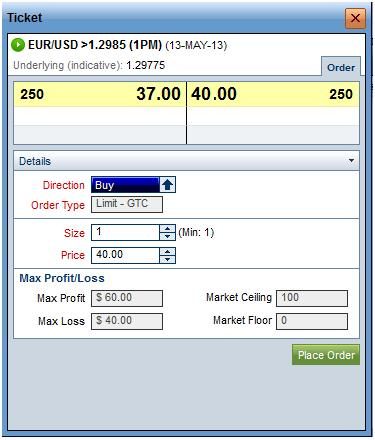 Now here’s the good news, I’m only putting up $40 dollars per contract and that is the most I could lose. In other words, liken to a traditional option the most I could lose is the money used to open the trade. My loss potential is known as well as my profit and the best news is there’s no margin requirement as with a traditional futures contract, rather the trader simply puts up the amount equal to the total maximum risk, which is known before the trade is initiated. This is a huge benefit as there is no chance a trader can lose more than they have in their account and so there is absolutely no chance of a margin call.

NO NEED FOR STOPS

There is also no need to concern oneself with a stop loss either as the floor is known and that is the maximum loss a trader will have on the trade. Even if the trade moves against you or price whipsaws, you are never stopped out.

Can a trader decide to get out of the trade prior to expiration? The answer is yes—they can amend the order and get out of the position. For example, if I buy at $40.00 and the market moves in my favor, I could set a limit to take profit on a full or partial at say, $70.00 and not have to wait for settlement. On the other side, if the market moves against me, say to $20.00, I can close out early to limit my losses.

However, what if you’re a true intraday trader and you don’t want to be concerned with the fluctuations of the market on a tick-by-tick or bar-by-bar basis? One thing you can do is to use a bull spread. A bull spread, unlike a binary option has a variable payout based on the movement in the underlying market. Similar to a binary option, there is a floor and a ceiling which limits losses whether long or short. So even if the market moves against you and goes below your entry point, you’re still in the trade.  One question you may be asking yourself is “can I exit early”?  Liken to a binary option, the answer is yes.  All you need do is to amend your current order and change the exit price. 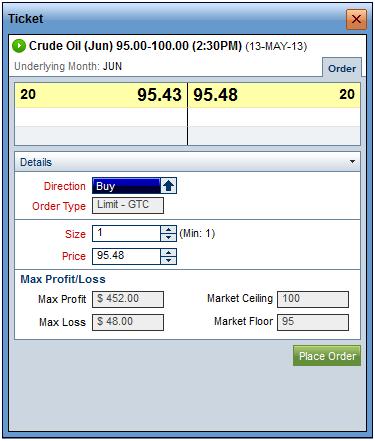 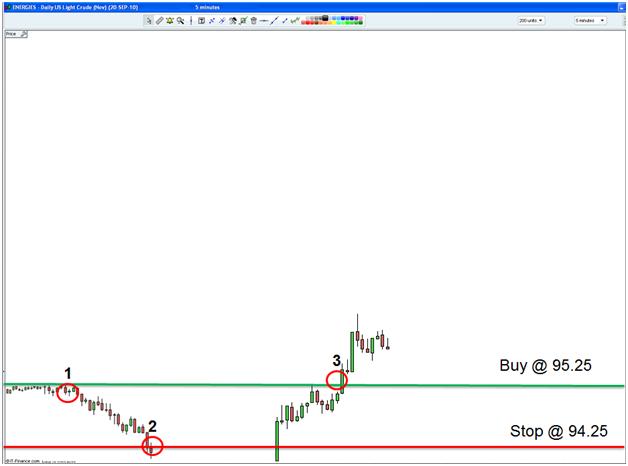 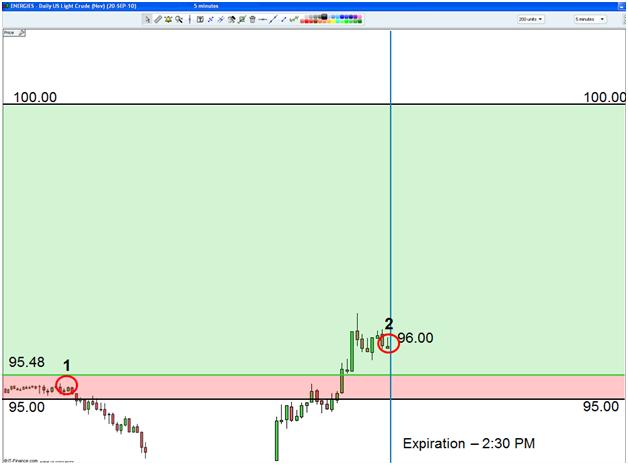 SET YOURSELF UP TO PROFIT

Ask yourself a question: how many times as a trader has this scenario happened to you? How many times have you done a stellar job in terms of fundamental and technical analysis and the market turned against you? You suffered a loss and then had to get back in with a new order? How many times during the course of a trading day were you glued to your screen watching the market tick-by-tick? Can a bull spread be closed out or amended prior to expiration and the answer is yes.

The trader could be “in the money” and even if the instrument didn’t hit the proposed strike price, they could exit for a still profitable trade.