Does Greek Vote Matter To US Stocks? 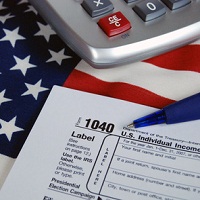 The early indications are that the people of Greece have rejected a proposal from the country’s creditors on a new bailout package. They voted No by a large margin in a referendum Sunday, and the result is now massive confusion about what happens next. More talks with the creditors. Perhaps a new bailout deal. Maybe an exit from the Euro and the European common market. Everything is up in the air.

The question is: Should we – “we” meaning the US equity markets — care? And the answer is: Not much.

In the immediate aftermath of the vote, the US dollar rose against the Euro, and the S&P500 mini-futures – the major US equity instrument trading in overnight markets – dropped 30 points, to 2035. It later gained back about a third of that loss.

That looks suspiciously like what happened this time last week, when the market was trying to absorb the fact that there would even be a referendum in Greece..

In that case there was a flurry of doom-saying and the market trembled a little, but fairly quickly re-gained its balance and started to claw back the losses. We’re expecting something similar this week too.

The whole Greek affair has gone on too long, it is too hard to follow, and US markets seem to have decided that it really doesn’t matter all that much anyway. This Sunday crisis feels just like last Sunday’s crisis – déjà vu all over again.

The one element that might elevate this from crisis-du-jour to real significance is the possibility that other debtor nations will try to get out too. That would be a game-changer; but it hasn’t happened yet, and it may not happen at all.

If you want to worry about what might be over the horizon, we’re much more concerned about the 50% decline in the Chinese stock market in the past two weeks, and the so-far ineffectual responses of the Chinese central bank.

China is now officially the world’s largest economy, according to the IMF, and it looks increasingly shaky. That’s worrisome; by comparison, Greece is just a diversion.

Expect lots of thrashing around and commentary telling us the sky is falling today. There will be price volatility. The key area for the mini-futures (ESU5) is the yearly pivot around 2055. It was decisively broken after the first announcement of the Greek results, and the price dropped near the next support level before recovering slightly.

To get more actionable analysis of US equity markets from Naturus.com follow this link

A Funny Thing Happened on The Way to The Feds 2% Inflation Target!