Dollar Index: The ETF Of The Futures Markets 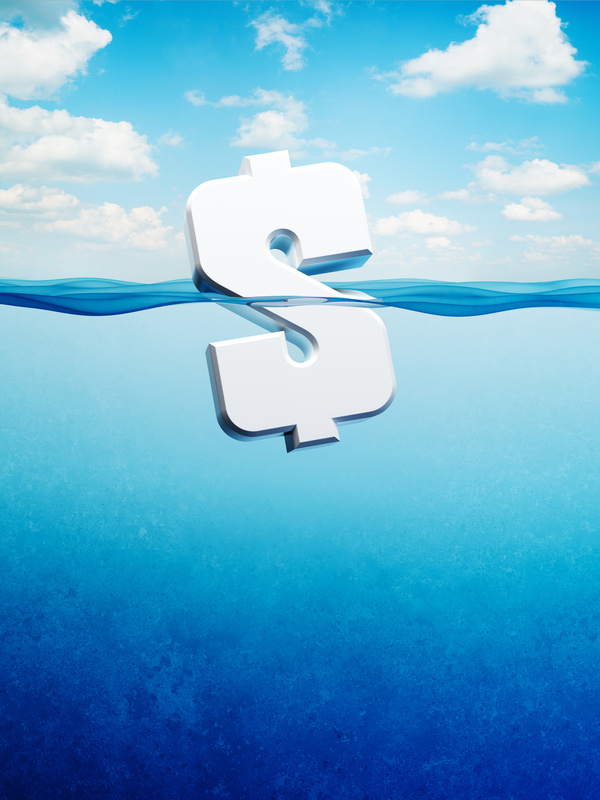 The U.S. dollar index (symbol DX) is the relative “oddball” of the currency markets and, in my opinion, is one of the most under-rated products on the board.  It is traded on the InterContinentalExchange (ICE), rather that the Chicago Mercantile Exchange (CME) with most other liquid currency futures, and carries dramatically different contract specifications.  It is also the only diversified currency futures product available to traders; for this reason, I like to call it the ETF of currency futures.
Unfortunately, traders tend to migrate to what is comfortable; as a result, the dollar index has a tendency to get overlooked.  Nonetheless, I believe that it offers traders some attractive characteristics that can’t be found elsewhere.

Currency traders in the futures and FX markets are often overwhelmed by the complexity of dealing with multiple assets paired against one another.  For instance, factors that cause the U.S. dollar to appear bullish against the euro might not be evident, or valid, against another currency such as the yen.  Accordingly, trading currency pairs outright poses challenges.

Traders can diversify currency risk by establishing positions in multiple currencies but the most efficient means of managing exposure might be with the U.S. Dollar Index futures contract.  The Dollar Index, sometimes referred to as the DX, enables traders to buy or sell a basket of currencies with a single transaction.  Specifically, the U.S. Dollar Index represents the value of the dollar against a handful of global currencies such as the euro, the yen, and the British pound.  Because the euro represents multiple countries and is the most commonly traded currency against the U.S. dollar, it makes up 57.6% of the dollar index.  The second largest represented currency in the index is the Japanese yen at 13.6%.

In essence, buying or selling the DX is similar to buying into an index stock ETF in that it is instant diversification.

Ironically, while speculators in the equity markets are flocking to the convenience of index trading in the form of ETFs, the futures market counterpart to such a product, the U.S. Dollar Index, has yet to garner a loyal following.  Although the Dollar Index is certainly liquid enough to trade, the volume and open interest stats are a fraction of the outright currency futures such as the yen, British pound and the euro which are all paired against the dollar in American terms (meaning the foreign currency price is quoted in terms of the U.S. dollar).

Although the DX futures contract listed in ICE isn’t necessarily heavily traded, it is perhaps the world’s most widely-recognized currency index.  In fact, it is often used as a benchmark by business news television and print outlets as a gauge of the greenback’s health.

The characteristics of the DX set it apart from other currency futures contracts.  Most foreign currency futures have a pre-determined and constant quantity based contract size.  For instance, the standard euro futures on the CME has a contract size of 125,000 euro, but the Canadian dollar futures trade in a size of 100,000.  As we now know, the DX is an index; therefore, the size is indentified by the value of the index not a quantity of units.  This is similar to other futures contracts, such as the S&P 500 or the Dow Jones, that represent an index rather than a single underlying asset with a specified quantity.

It is possible for Dollar Index traders to express their overall bullish or bearish bias in the U.S. dollar without excessive exposure to individual country risk.  In other words, this futures contract enables traders to speculate on the value of the dollar in general as opposed to against a specific currency.  The DX contract might also be used to hedge risk of changes in valuation in the greenback within an international stock and bond portfolio, and perhaps even commodity risk.

The inherent diversity built into the DX future helps to mitigate the overall volatility that comes with trading currencies.  For example, on days in which the dollar is higher the yen, euro, pound, Canadian dollar, and other futures typically trade lower to various degrees, but this isn’t always the case.  In recent years, there have been numerous occasions in which the euro and the yen futures (paired against the greenback) moved in the opposite direction.  Similarly, even if they are moving together, some foreign currencies might only see moderate price changes while others are experiencing much larger moves.  To reiterate, the index itself eliminates some of the country specific event risk, and works toward smoothing out market volatility.   Traders choosing undiversified products such as the euro or yen futures contract, or even the EUR/USD and USD/JPY FX pairs, are typically exposed to higher levels of anxiety.

Compliments of diversification and the corresponding mitigated volatility relative to most other currency futures or FX pairs, the Dollar Index requires a moderate amount of margin to hold a position overnight.  At the time of this writing, ICE required traders holding overnight positions (non-day traders) to have $1,045 on deposit (initial margin) and only $950 to maintain the position (maintenance margin).  To put this into perspective, the initial margin on the standard -sized Euro futures were near $2,500 and the Yen was just under $3,500. 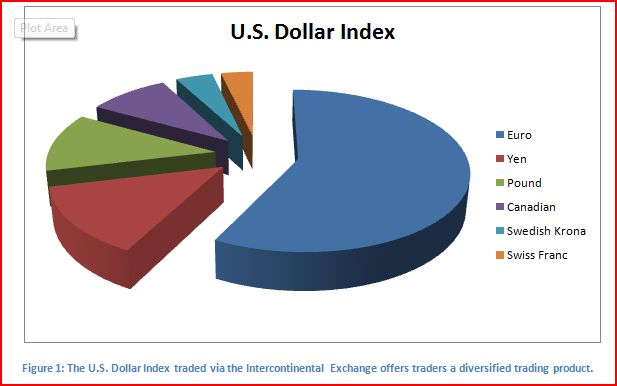 Perhaps the greatest aspect of trading in the ICE Dollar Index is the availability of affordable options.  This is a key advantage because it enables traders to purchase insurance against their futures trades.  For example, a bullish trader might opt to purchase a DX futures contract and simultaneously buy a put option to provide a limited risk, but unlimited reward, strategy. Conversely, a bearish trader might sell a DX futures contract and purchase a call option to protect against unlimited losses but still leave the profit potential wide open. Let’s take a look at an example.

Early in the second week of March it was possible for a trader to purchase a dollar index futures contract near 79.95 and simultaneously buy a May 80 put for protection at a cost of $750 (75 ticks).  At the time, the May options had 60 days to expiration; thus the trade empowers traders to be long a futures contract for 60 days with a minimal, to non-existent, margin charge and limited risk.  Specifically, the maximum loss on the trade is the cost of the insurance ($750) minus the difference between the futures entry price and the strike price of the option (5 ticks or $50).  The dollar index is a great market for this type of strategy because the options tend to be inexpensive. 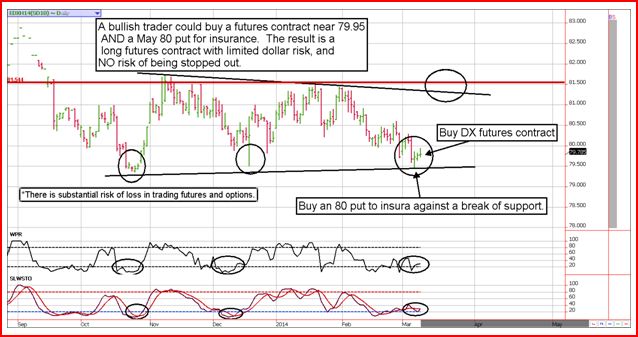 If you’ve followed our commentary and articles in the past you might be wondering why we wouldn’t organize a short option strategy (sell puts) in attempt to catch a rally.  The reality is, the DX options aren’t quite liquid enough to be using in an option selling strategy.  The bid/ask spreads can be relatively wide and it is entirely possible that you are unable to exit a position in highly volatile market conditions.  Therefore, a long option, or better yet a synthetic option, strategy is a better fit for the DX.

On the other hand, you might be tempted to simply buy the DX futures and place a stop order in attempt to avoid paying for costly insurance.  However, it has been my experience that in most markets, particularly those that are on the thin side such as the dollar index, stop orders have a tendency to be triggered at precisely the wrong time.  If so, not only will the trade suffer a loss but it won’t have the opportunity to recover.  With a synthetic trade, such as buying a futures contract and buying a put to limit risk, there is no risk of being stopped out of the market prematurely.  As a matter of fact, the dollar can go to zero and you will still be in the trade. The position will be a loser but it will always have the ability to come back to life.

Don’t overlook the potential of the DX simply because others tend to.  The dollar index is a great place for traders to diversify their currency speculations and reduce the volatility in their trading account.  It can also be a viable solution for beginning traders looking for opportunities in lower margined markets with the ability to execute affordable option hedges.  They don’t call it “King Dollar” for nothing!

= = =
Carley Garner is the Senior Strategist for DeCarley Trading, a division of Zaner, where she also works as a broker.  She authors widely distributed e-newsletters; for your free subscription visit www.DeCarleyTrading.com.  Her books, “A Trader’s First Book on Commodities,” “Currency Trading in the FOREX and Futures Markets,” and “Commodity Options,” were published by FT Press.