Options 101: How To Profit From A Bull Put Spread 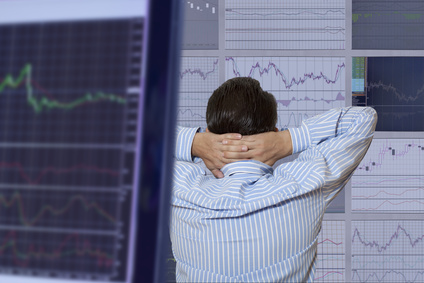 Hey, Traders from around the world! I trust you are doing sensational. What a beautiful trading season it has been. In this article, I’m covering a semi-advanced option strategy. Let’s get into it.

What:  A bull put spread is a non-directional strategy involving two option legs: a put that you purchase and one that you sell. What I like about bull put spreads is it’s a limited return, limited risk strategy. It usually requires less margin than selling a naked put and can be done as an ITM or OTM strategy.

How:  If you are bullish to non-directional on a trade and perhaps the stock you are charting is reaching a support and pretty much just trading sideways. An example: SPY has been on a nice bullish run and is being supported by the short term and long term moving averages and possibly some bullish gaps and candles, too. You sell to open the 202 put and then simultaneously buy to open the 201 put, expiring the 3rd Friday of December. Selling the 202 put would bring in money, approximately $0.69 per contract. The 201 strike would cost you approximately $0.58 cents. Therefore, the total credit on this trade is $0.69 – $0.58 = $0.11 per contract. This is your maximum reward. Your max risk is 202-201, times the number of shares controlled by the options.)

When: In my opinion, I get into bull put spreads on few occasions. When a stock is in a bullish trend, when a stock is approaching a confirmed prior support, or after a nice bullish gap up. Credit spreads are different than debit spreads. Credit spreads bring money in and do have margin associated with them. In this particular credit spread you want the stock to close above the strike (put) you sold on the day of expiration.

Where:  Below support. The time frame of the trade is up to you. I like to keep the expiration dates the same on both options and usually sell six weeks or less of time. I also prefer for the stock to be above the 100/200 simple moving averages on the daily chart or trading into a very strong support with some bullish candles forming there.

Why: If the stock is trading into a support of some kind and you are expecting some buying for a short time period. You anticipate it could go up or just trade sideways. This is a probability-based strategy. You’re really asking yourself “What is the probability this stock stays above the put I am selling by the desired expiration date?” Credit spreads can be and often are a tad more complicated than debit spreads. If you are interested in getting more solid details on them, hop over to this fun video about credit spreads I made, free for the world. Enjoy! 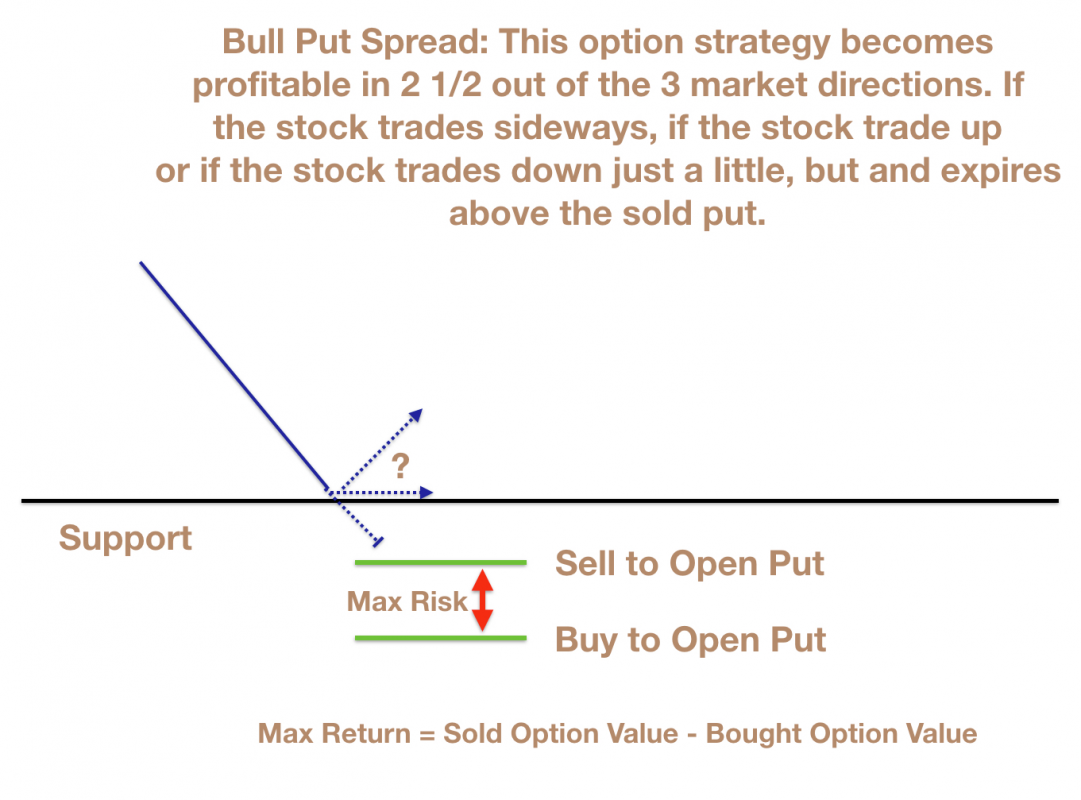