Fukushima: Lessons For Your Trading Brain? 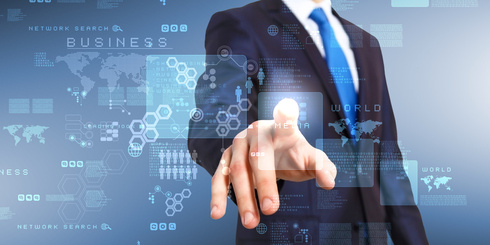 When governments abandoned radiation testing from the Fukushima fallout the eminent ocean scientist Ken Buessler continued testing with the assistance of crowd funding.

Now, what has all that to do with your (trading) brain, you might well ask. Fact is much more than the overwhelming majority of people think!

Working long term with a group of experienced professional traders on their psychology made me think: One of the most experienced and most successful traders in the group mentioned how he had re-invented himself several times in the past. However, this time round he had found it extraordinarily hard.

When you have experience behind you, you will have seen the dynamics of the markets change many times. Change is part of the deal and unless you go with it, you will be left behind.

The trader in question has done very well and is doing very well again. The guys I work with are all disciplined and consciously aware professionals. They know the rules and they know which ones to break safely and how to get themselves out of a losing streak in their trading.

So what’s different this time round?

We all know that the markets have been challenging in 2015. Alas that in and of itself is not a reason to struggle with the shifts when you are well versed dealing with changes.

Our brain is being given an unfairly hard time:

We cannot keep blaming our brains for lack of flexibility and lack of nimbleness. Scientific studies show that aging is not co-related to decreasing brain function. On the contrary, an experienced brain knows more tricks and adopts much better to the many turmoil’s one faces during a (trading) lifetime.

Conditioning, limiting beliefs in our skills have a lot to do with our unwillingness to change, but that is only part of the story. Something else, which has way bigger implications on our ability to make changes and adopt to different conditions, is going on:

We are back to Fukushima and the devastating effect from the radio active fall out which is being kept well hidden from public scrutiny.

Fact: Radiation kills cells. Radiation together with elctro magnet fields from cell phones and wif-fi technology have a major impact on the earth and on our ability to function normally. The earth normally has a static field of approximately ½ Gauss. This field has been dropping for several years in amplitude. This drop in amplitude is disrupting cell regeneration, making us age faster. It is disturbing regenerative sleep, stopping cell regeneration and destroying our ability to focus with clarity. I discuss this in more detail on my website.

Much research has been done into this phenomenon in Japan. Magnetic field deficiency is a stealth destroyer of the human body and mind. The effects can only be observed over long periods of time, hence it is so difficult to identify them.

More and more people are becoming aware that they are sensitive to electromagnetic fields. Electro sensitivity is affecting many people, particularly in built up areas.

Could your difficulty to focus on your trading and to maintain your energy levels have something to do with EMR and EMF?

From my research the answer is a resounding “yes”. Taking measures to ensure that your environment is clear from electro magnetic fields, while also working on calming your mind with regular meditation and regular brief exercise to increase the immune system to withstand environmental toxins are a must do for anyone who wants to maintain high executive function and brain health.

The situation is not improving: Toxics from the fall out from Fukushima are spreading into the ground as well as in the air. Add to that the use of mobile and Wi-Fi technology across the globe it really isn’t rocket science to see how our poor (trading) brains, our bodies, and the earth are stretched beyond their limits of endurance.

I know, this talk is uncomfortable

Most of you reading this probably do not want to hear it. Yet, one cannot get away from the fact that the harmful effects are very real. It is up to you to take appropriate measures to ensure your thriving in the future.

Markets will change, as nothing is as constant as change. We have no control over the change. Seeking out others to blame isn’t going to solve any issues either. The only answer is to become aware and to take appropriate action. The answers are there. Do your research and make up your own mind.

To learn about improving as a person to improve your trading, click here