Graham vs. Greenblatt (Session 5) Bringing it all Together 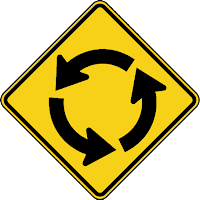 We made it to the final installment of our Graham vs. Greenblatt series. Throughout the series we examined each of the ratios that Greenblatt recommended in his book The Little Book that Beats the Market. The final posting will look at how Greenblatt draws the ratios together and bring this all back around, so lets get into it.

Next, the formula follows the same procedure, but this time, the ranking is done using earnings yield…

What does it tell us?

Greenblatt creates a simple formula, he takes a value component (Return on Capital) and a Investing component (Earnings Yield) he ranks all companies best to worst on both these criteria and then sums the two rankings. What this does essentially is value both components equally, ROC and Earnings.

So What Would Graham Think about these Rules?

We have spent a considerable amount of time looking at Greenblatt from Graham’s perspective. To conclude the series it is worthwhile to highlight some of the major points we raised in the series:

Greenblatt has a creative investment system with proven results. There can be no doubt it is a value based system, but he is far less strict than Graham’s. Personally I think there is merit in the way that Greenblatt looks at investment opportunities. Bringing in an understanding of Return on Capital is a welcome addition to the value perspective, to hold it in the same high regard as Greenblatt though may be a mistake.