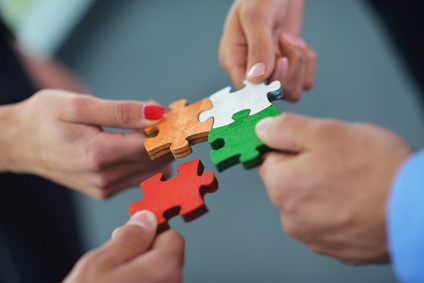 Believe it or not, I don’t have crystal balls to help me generate my trade signals.

For earnings plays I can’t even really depend on technical analysis to give me very actionable guidance.  I have written at length about how using past earnings, what the market is pricing into the pending move is and, to a very much lesser extent, technical analysis helps me.  All these things are merely pieces of evidence that give me a clearer view of the puzzle.

The more pieces of the puzzle you have, the clearer the picture.  Another step in my analysis involves asking myself a question, “where is the surprise?”

How will the market react given a good report versus a bad one?  Let’s take a look at my signal that I generated on September 2 in PVH Corp. (PVH).  The technicals were pretty non-directional (sideways); no clue there, and the price move reflected by the option pricing was right in line with the average move over the past two years.

An IV-regression type trade really offered no opportunities.  The options in my opinion were fairly priced.  No arbitrage available here.  So, I was left with a directional play.  One thing I noticed was that PVH has performed quite well on earnings as of late closing higher in six of the last eight earnings reports.  I won’t generally make a directional play just on that though.  What was important was this:  PVH released its Q1 earnings on June 4 in part saying:

“In addition to missing FQ1 estimates,  PVH has cut its full-year EPS guidance by $0.10 to $7.30-$7.40 (below a $7.51 consensus). Revenue is expected to total $8.5B (in-line with consensus). The apparel brand owner says it’s seeing “heightened promotional activity across the North American retail landscape,” and that this trend will also pressure FQ2 margins. Its fiscal 2H outlook is unchanged.”

They already guided lower!  Where is the surprise?  The surprise in my opinion is if PVH does better than expected!  If a bad report comes out, it’s basically priced in already.  My signal was to purchase the Sep/Oct 125 Call Calendar for $0.65 or better.