Palm – too much, too fast = RSI short

According to statements made in the company’s third-quarter conference call, Apple could be on the verge of taking legal action against Palm. But why would these 2 smartphone makers come to blows?

It seems that Apple no longer has exclusivity to the multi-touch interface. Specifically, Palm’s new WebOS platform and its Pre smartphone have this capability. Making the situation even more suspicious is that Palm’s Executive Chairman Jon Rubinstein used to be a top hardware engineer at Apple, while Fred Anderson, now a director at Palm, was previously Apple’s chief financial officer.

Apple’s COO Tim Cook all but took the offensive in today’s conference call. “We like competition as long as they don’t rip off our IP,” he said, “And if they do, we’re going to go after anybody that does.”

When listeners asked about Palm (PALM) specifically, Cook replied: “I don’t want to talk about any specific company. I’m just making a general statement that we think competition is good. It makes us all better. And we are ready to suit up and go against anyone. However, we will not stand for having our IP ripped off. And we will use whatever weapons that we have at our disposal. I don’t know that I can be any more clear than that.” 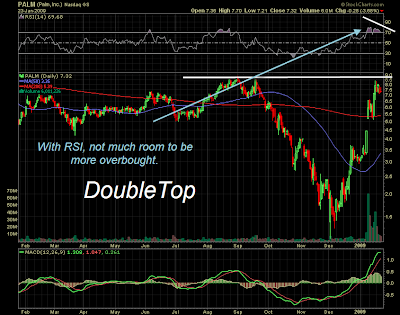 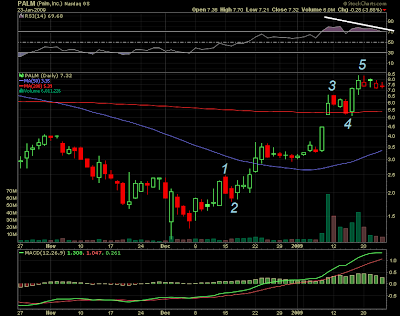