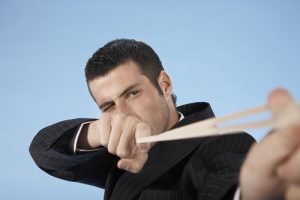 If you pull a rubber band too far, too fast, what happens?

It snaps back, right? The same thing happens with stocks, indexes, and currencies. If they’re pulled too far in one direction, eventually they’ll snap back and revert to back to the mean. In fact, we see it happen all the time.

To spot that, we begin to look at Bollinger Bands.

They consist of three bands:

This FREE strategy guide breaks down 11 specific options methods for a total game plan in any market condition!

For example, look at what has typically happened with the EUR/USD.

We can clearly see the same thing happens with even the S&P 500.

Up to 80% of the time, when that upper or lower band is even challenged, coupled with confirming indicators, we have seen a pivot.

It’s just another tool to be well aware of as you trade.

It’s time to go beyond the basic buy/sell put or call. Ramp up your options trading prowess with the advanced strategies in this complimentary guide.

Short, sweet and easy to understand, you’re sure to find a strategy that fits in with your market outlook, risk tolerance and reward expectations.

GET YOUR COMPLIMENTARY GUIDE HERE!

If That Was a Bubble, What Is This?