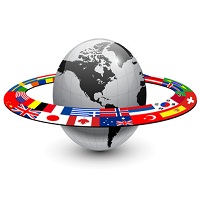 Goal —it’s a simple objective you’re trying to accomplish. It gives you direction; it gives you purpose. It points you in a certain direction and gives you something to strive for. Without one, you’ll likely just drift around.

Traders must have goals, but if those goals are not set correctly, they can do more harm than good.

A yearly goal borders on being meaningless because it’s too long. There’s no motivation or punishment in the near term. There’s no sense of urgency to do anything right now. Procrastination is likely, and there’s very little encouraging feedback in the near term because doing well now is a teeny tiny piece of the big puzzle.

A daily goal is flat out scary because it demands a level of consistency that is impossible, and it requires the stars to be aligned at all times. Both are unrealistic. If there are no good set ups to be had, you’re likely to force trades in an attempt to hit your goal. If there are many good set ups, you’re likely to take profits too soon. Trading is tough, and if you require yourself to operate with machine-like precision without any room for error, you’ll go mentally crazy before you run out of money.

A better timeframe to work with is a couple degrees greater than your trading style dictates.

If you’re a day trader, instead of having a daily goal, back up and focus on the entire week. Then you can make $600 on Monday, make $1300 on Tuesday, lose $200 on Wednesday, make $900 on Thursday, and lose $100 on Friday and still hit your goal. The market changes day to day, so you don’t want to feel obliged to force trades when the market is not synch with your strategy. You also don’t want to call it quits early when the market is handing you free money. Backing up and focusing on the week allows you wiggle room; it allows you to have a bad day and still hit your goal. It allows you to be human.

If you’re a swing trader, instead of focusing on a week or two, back up and focus on three months. The market is streaky. It alternates between chopping and trending, and since your trading style may only work well in one kind of market, it’s best set your expectations over a slightly longer time period just in case your style is not in synch with the market. What if the market is range bound, and you need a trend? Or vice versa? You’re in trouble. But if your goal is to make $X in the next three months instead of $Y in the next week, you won’t feel compelled to force trades; you won’t feel like you have to do something right now. Instead you can sit back and patiently wait for an environment more suitable to your style. And if you have a bad week or two, no problem. There’s plenty of time to get back on track.

Trying to make money every week is impossible for a swing trader. Even if you’re perfect, the market changes such that what worked in prior weeks may not work this week. Having a slightly longer time frame on your goals gives you wiggle room.

You are a baseball player and you’re goal is to hit 0.333 for the season. What is good and manageable goal? You can strive to go 1-for-3 each game or you can back up and strive for 10 hits in your next 30 at-bats.

To me, going 1-for-3 every day is not just too hard, it’s impossible. It demands an unhuman-like level of consistency. You are setting yourself up for failure by shooting for this. What if you’re good at hitting off righties, but today you’re facing a lefty. What if you’re good at hitting fastballs and today’s pitcher throws a lot of junk. You need a longer term goal to allow for some wiggle room in the near term.

But going 10-for-30 enables you to be human. It allows you to relax because you can go 0-for-4 one game and still accomplish the goal. It’s short-term enough to be meaningful, but long-term enough to allow for some failures.

Having a slightly longer time frame for your goals enables you to back up and see the big picture so you won’t get discouraged in the short term by one or two bad trades.

It’s important to set goals – I think I’ve established that and you probably agree.

But don’t zoom in too close because that’s asking yourself to be consistent to a degree that’s not humanly possible.

Have goals, but make them realistic and make sure they cover a time frame that enables you to be human and make a mistake every once in a while.

[Do you manage your IRA? Is it getting maximum growth? Check out Prime, TraderPlanet’s new offering. Click here.]