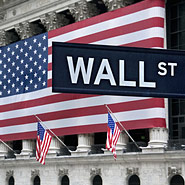 The SPDR Gold Trust (symbol GLD) is probably in the ending stages of the rally from late 2015. Both GLD and gold futures are testing resistance areas while being near the peak of a 50-week cycle.

Our main scenarios have GLD working on an upward move that will consist of either three or five waves, with the rise during the past seven months being the first of those. While it is too early to be certain about the larger Elliott wave pattern, both scenarios imply the next move is downward into support.

If price turns downward from nearby, as we expect, then traders should watch for GLD to reach the area near 113 to 116. That is the area defined by standard Fibonacci retracement values of 50% and 61.8% of the first upward wave.

Cycles suggest that the downward move should continue into the end of 2016 or the early part of 2017. 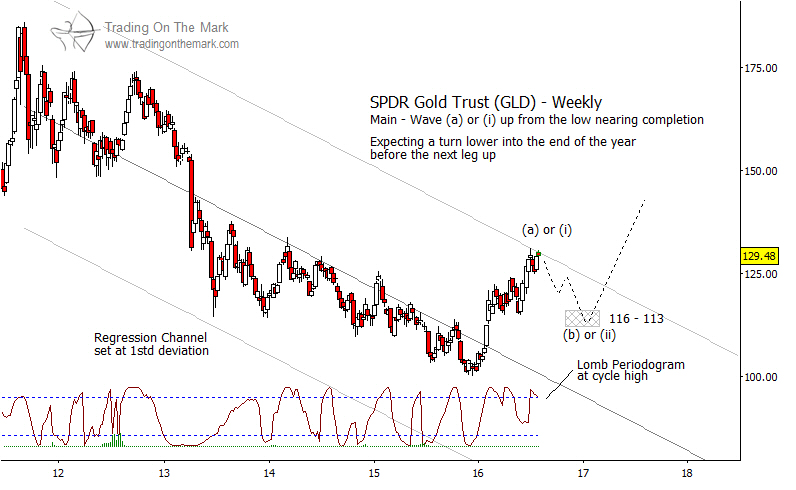