Originally published on: Div-Net
After much searching I found a stock screener for Canadian stocks (more on this in another post). I was able to assemble a Graham style screener with the following criteria:

Up popped two companies one of which is Methanex (MX-T). Showing up on the screener is not sufficient to merit my investment. So here is the abridged version of my analysis. Before diving in though I am compelled to say that I never analyze a company with the intent of buying and selling it within a few months. Also please, please this is my analysis any investment you make should supplement what I present here and possibly involve consulting your own investment consultant.

Methanex is in the business of extracting and shipping methane (surprise). Methane is the central component in natural gas (about 87% by volume). Its principal use therefore is in heating and energy production in addition to a number of industrial uses. 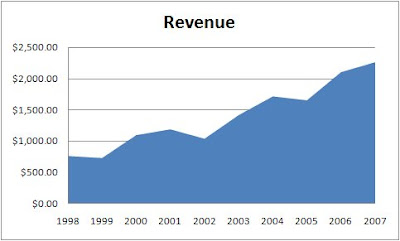 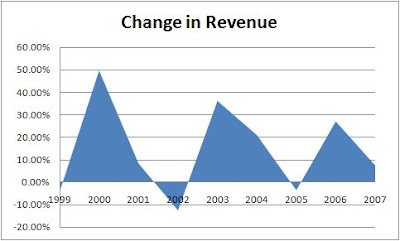 As Methanex essentially trades in a commodity it is worthwhile to look at the overall health of the industry:

Data collected from: http://www.methanex.com/products/documents/MxAvgPrice_Dec232008.pdf
We see then that generally last year was a good year for the sales of methane with an average strike price of $1.65 compared to the year before of $1.42. There is some cause for concern though with the January prices receding back to $.70, a price not seen since December 2003.

Understanding How the Company Came to be Cheap

Other Opinions on Methanex

President Lincoln believed in surrounding himself with people who did not necessarily agree with his opinion. I believe this is one of the best ways to test your research. I would encourage you to read the following, please keep in mind that some of these links refer to the American stock, not the Canadian so prices targets will differ:

At the time of writing the author is in the process of purchasing MX.

Have an opinion on this stock, please leave a comment would love to hear from you.