It seems Eur-Usd reached my last post targeted area just slightly below 1.4200. 1.4165 seems to be last week top price, I shorted it on very late friday evening at 1.4137 targeting 1.4000 area at least, as first – but covered half allready as it came down quickly in last hour, but it´s possible we have now also bullish triangle and it´s that´s the case next down would be triangle “e” which would start new upside impulse. However, it´s also possible we have bearish triangle as I draw to the chart.

We europeans are lazy with long lasting & sunny summer holidays US can only be envy for and mostly off from the market during summer season so you will enjoy only once per week update if I will not accidently take a peek to the market during the week, it´s more mechanical for me anyway now-on.

I attached some yen cross charts works I did earlier in the summer to trade away for summer season 2009 (to short down) and it seems for me most pairs has reached allready my initial targets in recent weeks and I don´t see much good scenarios in here to trade away anymore. Those Yen cross bottoms turns me more neutral in here, because it´s seems for me bears are done now, only which left a bit short at so far was eur-usd, all other pairs took full correction.

Gbp-Jpy was perfect short case also while 147.00 marking the bottom, so was Aud-Jpy and amazing rally case Eur-Cad has run enough.

Eur-Usd have more patterns right now that one can draw, there´s pretty much everything placed including HS, leading diagonal, 3x triangles to mention few.

So, perhaps it´s just time to exit again and go out. I think I had done enough for this summer. In fact my last week posting is still possible, when I do look that eur-usd HS & Diagonal, 1.4200 top might still come, but then it should drop at least diagoanl down before entering bullish again. There´s a little bit too many things going on for my taste at the same time and I might cover rest of my short position for asian opening.

To put it another way, I don´t see here any high propability big size wave setups. I have a guts that eur-usd correction is not over, but it´s only pair you just can´t hit down with one trade unlike other pairs. Autumn 2009 might come more interesting with it.

If Oil runs upside corrective for 66-68 $ area, we might have another good short setup placed again, but I don´t think it´s next week issue either. 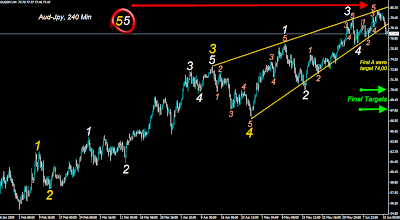 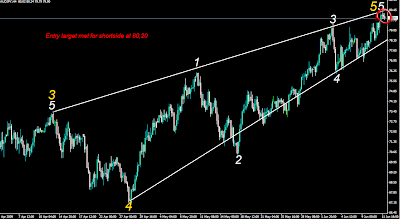 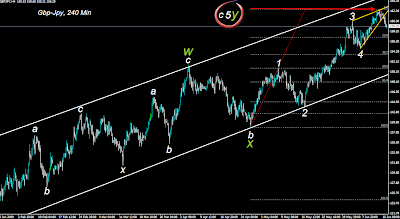 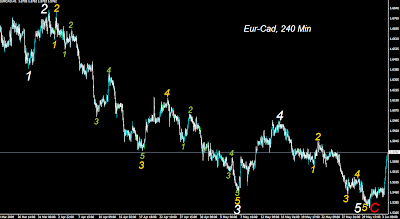 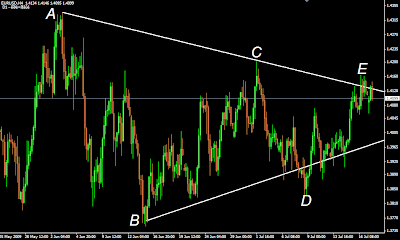 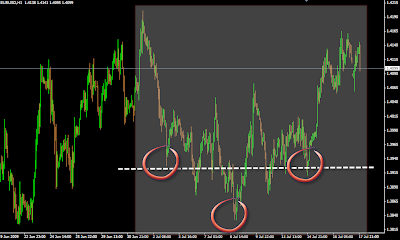 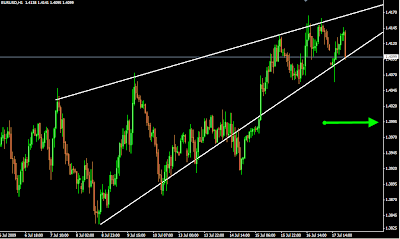