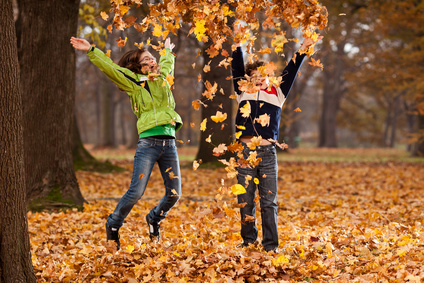 The holy grail of trading does not lie in a system or a strategy.

No, the holy grail of trading (if there is such a thing) is proper risk management.

Risk, in its most basic sense, is a state of uncertainty where some of the possibilities involve a loss. As a trader it’s your job to be aware of those possibilities and manage your risk accordingly. Because of the numerous possibilities there is uncertainty in every trade taken. Therefore we have risk as the “true” outcome is not yet known.

Trading is about making decisions under conditions of uncertainty and risk. You can’t have risk without uncertainty but you can have uncertainty without risk. As an example, there is uncertainty right now in whether or not the S&P 500 will continue to climb above 1600. However, there is no risk in this uncertainty if you have no skin in the game. Therefore, risk involves a potential loss, a monetary loss in this example.

IS YOUR OBJECTIVITY CLOUDED?

Proper risk management involves managing the emotional side of trading so that the focus can be on the cognitive side of trading. As an example, if I’m concerned with the direction of the market because my traditional analysis methods are giving unclear signals then it doesn’t make sense for me to trade.

My biases will impact the data, whether it’s of a technical or fundamental nature, which will likely lead to poor risk management.

If I’m unable to clearly define what sectors are leading and which are lagging and, more importantly, why they are moving in the direction they are, then my risk is skewed. It’s times like these that large losses can accrue as objectivity is clouded by subjectivity and biases.

The key question then, especially for new traders, is how to define one’s risk tolerance. Take the time to find out your risk tolerance before the market finds it out for you.

Even if the risk is quantified it does not mean that a trade should be automatically taken. Regardless of your system or strategy you have to be content with the associated risk before each trade is placed which isn’t as easy as it sounds. Interestingly enough, there are certain personality characteristics that can shed some light on an individual’s risk tolerance.

An analysis of the data found trait patterns for people who have a propensity for risk. What the data showed was that risk takers scored high in both Extraversion and Openness along with low scores in Neuroticism, Agreeableness, and Conscientiousness.

Not only did the study, which was conducted with 1,669 participants, shed light on one’s propensity for risk but also the personality traits which influence the perception of risk. In other words, one’s personality influences their view of risk which in turn directly impacts their trading behavior. As an example, traders who are more open to new experiences (high in Openness) are more apt to engage in longer-term investing strategies and as a result use wider stops.

The research also showed that individuals who scored high on excitement-seeking and openness have the greatest propensity for taking risks. In addition, low scores on the neuroticism and agreeableness scales tends to shield risk takers from thinking too much about the negative consequences of their associated risk. Lastly, low scores on the conscientiousness scale were associated with a cognitive ease that one can take such high risks without too much worrying.

MATCH YOUR METHODS TO YOUR PERSONALITY

Find our more about your risk tolerance here.