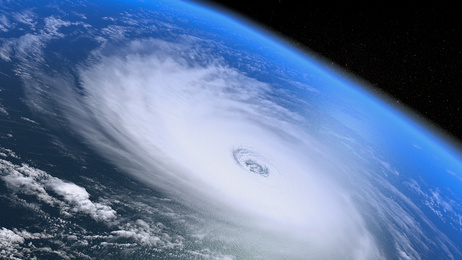 As energy traders eye weather radar screens this summer on “hurricane watch” there are other inter-market impacts as well from these devastating storms. Louis B. Mendelsohn, a pioneer in intermarket analysis and leading expert on the intermarket effects that take place within global financial markets coined the term Hurricaneomics ® in 2005.

The 2013 hurricane season is expected to produce an above average number of hurricanes with abnormal strength.

On April 10, Colorado State University (CSU) issued its first forecast for the season, calling for a potentially hyperactive season with 18 named storms, 9 hurricanes, 4 major hurricanes, and an ACE index of 165. In its report, the agency stated that above-average sea surface temperature … below-average forecast wind shear, and the unlikeliness of an El Ni?o developing prior to the peak of the season would enhance tropical cyclone [hurricanes] activity. The probabilities of a major hurricane hitting the Gulf Coast and East Coast were much above average, while the probability of a major hurricane hitting anywhere along the USA coastline were well above-average as well.

In the above key economic zones are major urban centers, oil production facilities, oil refineries, homes, businesses, and major tourism attractions that suffer from the devastation of storm surge, flooding, high winds, and torrential rain. Think back to the recent damage from Rita and Katrina in New Orleans, Florida, and along the Gulf Coast and the unprecedented size of Sandy that ravaged New Jersey and several other states in the northeast to get the idea.

The economic effects of powerful hurricanes in the U.S. cause rippled economic waves throughout the world economy. The effects include massive reconstruction costs, spiking gas prices, and higher bills for home heating oil from rising oil prices, to name just three rippling effects. You only have to look back to what happened immediately after Katrina/Rita/Sandy, to understand the ripple effect of record energy prices on the U.S. and world economy. Every U.S. consumer, certainly, and many throughout the world feel the economic effects of these storms for months and years.

Global warming might or might not be the reason for the worsening hurricanes. The ongoing debate is irrelevant when it comes to the devastation and economic destruction that comes when potent hurricanes make landfall along the Atlantic and Gulf coasts. In fact, as traders, the important question has nothing to do with global warming. No, the question to ask is, “What tradable opportunities arise when one of these hurricanes strikes.”

On the surface, the trading opportunities seem obvious, such as rising oil, gas, and heating oil prices, but those are easy pickings. Those trades are the ones the masses glom onto as the devastation unfolds and soon thereafter. Underneath those overpopulated trades lie many market opportunities that few see immediately and many miss altogether.

To find these tradable opportunities between now and November 30th (the season runs from June 1 to November 30), you need a tool to help you focus the search. This is where Hurricaneomic(R) analysis comes into play.

Hurricaneomic® analysis deals with that imprecise slice of economics that tracks the magnitude of Katrina, Rita, and Sandy and then predicts the effect on the varied but related global financial markets, reinforcing the significance that intermarket relationships now have in today’s world economy.

According to Mendelsohn, the effects from these storms have serious short-, intermediate-, and long-term implications on price movements in a multitude of financial markets, such as energies (crude, heating oil and natural gas), equities (housing and construction), and interest rates (including government bonds and mortgage rates). Currency futures and forex markets are affected. Metals (copper and steel), agricultural markets (orange juice), and soft commodities (lumber), will continue to feel the effects unfold over the next six to eighteen months, just in time for the next Atlantic hurricane season to begin.

If this hurricane season produces severe hurricanes, the worldwide energy sector will be hit causing the price of production in a variety of markets to rise. One opportunity to watch for that is not on the surface is the corn market. The United States is the world’s largest exporter of corn. Thus, higher energy prices mean more expensive corn production, which means higher food prices across the globe, of course, but it also means higher ethanol prices in the US, as the US government is pushing ethanol as an alternative fuel source. A severe hurricane can quickly create a serious bull market in corn.

A severe hurricane season can also mean more borrowing for the U.S. government, as it provides massive amounts of aid to the stricken areas. An expanding deficit and more borrowing is likely to mean higher interest rates and higher inflation rates, as has already been noted in government statistics. That has implications for the U.S. dollar, which in turn has an influence on many global currency markets as the economic ripples from such large-scale disasters expand. A more expensive U.S. dollar means more expensive U.S. exports. This opens the door to America’s competitors in all kinds of sectors, such as cars, appliances, and technology.

The U.S. housing and construction industry takes a hit when one of these super storms comes through the eastern seaboard or the Gulf coast. Construction stocks and REITS are two opportunities and one overall opportunity is the iShares Dow Jones U.S. Home Construction Index Fund.

Since 2005, hurricanes in the US have become stronger and more devastating. Consider the unprecedented size, breadth, and devastation of Hurricane Sandy in 2012 and you quickly understand why Hurricaneomics(R) has become popular among traders of all stripes.

Following the devastating 2005 hurricane season that caused an estimated $79 billion in damage, it became apparent the insurance industry needed some help to insure customer claims. The recent super storms have only added to the need. CME Group has listened to the marketplace and developed three types of contracts for hurricane futures and options. MDA Information Systems, Inc., the leading authority on extreme-risk modeling calculates the underlying indexes for hurricane futures and options on futures.

All of the above market contracts are tied to the CME Hurricane Index (CHI), a proprietary index that provides a numerical measure of the potential damage arising from a hurricane. Using publicly available data from the National Hurricane Center of the National Weather Service, the CHI calculates the potential for damage for each official storm by reference to its maximum wind velocity and size (radius). The CHI tracks storms in designated areas in the Gulf of Mexico and the eastern seaboard of the United States, from their origin until finality. From this data, traders can then find tradable opportunities in the market mentioned in this article, as well as many not mentioned. The work for you is to take the CHI data and then apply it to any of the contracts above, or any other asset class that is affected when a super storm comes ashore from the Atlantic Ocean or the Gulf of Mexico.

A few words from Mendelsohn who created the term Hurricaneomics® thus putting a sharp eye on the tradable opportunities inherent in such disasters, brings the point home succinctly and clearly.

“The effect of another severe hurricane season will strike at the core of the U.S. and global economies,” Mendelsohn says. “Money spent for extensive rebuilding or repairing and increased prices at the pump takes away from non-discretionary spending that could promote economic growth. The US government will spend money it does not have to provide aid to the stricken regions, and this will impact the US dollar, which impacts interest rates, and that has a global effect. Right here in the US, government spending borrowed money impacts the cost of building, selling, and refinancing homes, something our recovering economy and housing industry does not need right now.”

No matter the reason for the increasing severity of the hurricanes that come ashore each year in the U.S., these super storms create economic ripples throughout the global economy. Commodities, metals, agriculture, energy, and interest rates, as well as other market sectors, all present tradable opportunities in futures, options, and equities. Forex and the U.S. dollar are opportunities as well.