Trading Tips And Tricks To Live (Or Die) By 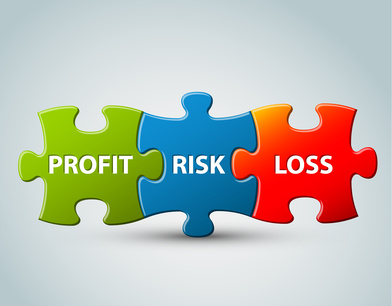 Unfortunately, there isn’t a Holy Grail trading method that guarantees profits.  However, there are a few simple guidelines that if understood and implemented, can have a significantly positive impact on trading results.  Here is our list.

IF THE MARKET GIVES YOU A GIFT, TAKE IT

It is easy to confuse trading prowess with luck, but the truth is nobody can predict price movement with exact certainty.  Instead, we are all making educated guesses in an attempt to beat the market, which entails facing less than favorable odds of success.  As a result, if you happen to be in the right place, at the right time, to catch a substantially favorable market move, it is generally a good idea to take the money and run.

Ego will often argue that there could be additional monies to be had, but the fact is markets can take profits away as fast, or faster, that it gives them.  Don’t over think your position; take a profit and walk away.

THE SIDELINES IS A POSITION

Being flat the market and sitting on cash should not be considered a waste of margin money.  Too many traders believe that unused margin deposits are burning a hole in their pocket.  However, being without exposure to risk is an advantage; not a disadvantage.  Simply, you can’t lose money on the sidelines.

Traders that happen to be on the sidelines tend to have a few things going for them —objectivity, and the freedom to act on excessive market moves.  Those holding positions in any particular market tend to see analysis in a biased light; they also find themselves playing defense during volatile moves rather than offense.  In other words, while those with positions on prior to a large move are scrambling to manage risk, traders who were previously on the sidelines are given opportunities to comfortably get bullish at discounted prices, or bearish at excessive valuations.

Simply put, traders aren’t missing out while they sit on the sidelines; they are protecting capital and opening the door to higher probability trading opportunities that arise in the future.

IF YOU CAN’T TAKE THE HEAT, GET OUT OF THE KITCHEN

Trading is a mental game of both wits and mental stability.  Similar to the medical profession in which only certain types of people are equipped to handle the sight of blood, not everyone is capable of absorbing the stresses of trading.  If you are not the type of person that can stay calm and think rationally in the midst of either losses or profits; trading might not be for you (at least not on a large scale).

Never trade beyond your means, or beyond your capability of rationality; doing so leads to scared decision making and poor trading results.  If you find yourself losing sleep or experiencing irrational thoughts and trading behaviors; flatten your account and walk away from the computer.

If you trade long enough…the market will make you cry.  There are no exceptions. I’ve witnessed the most macho of men, and even very wealthy men, literally sob over a bad trade.   The frustration is obviously hinged on financial losses, but it is often the pain of being wrong that delivers the emotional wallop putting the trader over the edge.

A way to mitigate the mental anguish of trading is to simply enter each and every trade expecting the worst, but hoping for the best.  Obviously, I’m not implying that you throw caution to the wind to enter the market without doing your homework; but it is critical traders realize that even the soundest fundamental and technical analysis is no match for the uncertainty of the future.

Market prices are dictated by humans, who are driven by emotions; there isn’t a strategy in the world that could predict this with absolute certainty.  Before entering the market, traders should assess major areas of support and resistance, stop placement, option premiums, etc.  to determine a hypothetical “worst case scenario.”  If the thought of the worst case makes your stomach churn, the trade probably isn’t for you.

DON’T CHEAT, DO YOUR HOMEWORK

Don’t put too much faith into “Guru’s”, subscriptions, or signal providers.  Despite hefty price tags or media popularity, the reality is they are in the same boat we are.  We are ALL trying to beat the market and EVERYONE is vulnerable to the reality of being wrong.

I’ve found that traders often become overly complacent when taking the trading recommendations of another.  However, having unrealistic faith in the ability of others can lead to massive losses.  By the time you realize your favorite out-spoken trader can be wrong from time to time, it might be too late for your trading account.   In addition, most recommendation services play with deeper pockets and a higher risk tolerance relative to the average trader to cause large percentage draw downs in the accounts of followers.

On the other hand, some traders following third party recommendations suffer from a lack of trust.  This often leads to premature liquidation at unfavorable prices due to panicked decision making.

When following the advice of a “guru”, be aware that experience is an advantage, but it is NOT a guarantee.   Each executed trade should be or confirmed by your OWN ideas and analysis.

The difference between making and losing money is likely more dependent on the psychology of the trader than analysis techniques.  Traders that lack patience or poise are prone to chasing markets into low probability trades.  Simply put, the goal is to buy low and sell high but traders that can’t manage their emotions often end up doing just the opposite.

Acquiring the mental stability necessary to trade successfully is challenging; a lucky few were born with it but most are left to develop it through experience.  Unfortunately, there isn’t a book or a tutorial video that teaches traders how to keep calm to make logical decisions in the most dire of situations.  With that said, it is possible to improve the odds of developing the mental wherewithal to trade by creating an environment conducive with stress reduction.

These simple guidelines can work toward cutting undue stress and mitigating the impact of emotional decision making:

•    The quickest and simplest way to manage emotion is to trade a smaller size.  “Small” is relative to the trader, it might mean 1 lot, 1 mini or even 1 micro contract.  Trading “small” isn’t a waste of time; it only takes $50 per trading day to equate to $1,200 per year.  It doesn’t take multiple contracts traded to make $50; instead it takes a single well-timed entry.

•    If you are angry, overwhelmed, depressed, obsessed…stop trading!

PLAY THE ODDS, BUT UNDERSTAND THE REALITY

Trading is a game of odds; even the best traders on the planet find themselves on the wrong side of the market.  In fact, this is a common occurrence; successful traders typically have win/loss ratios less than 50%.  Additionally, even the most diligent analysis and seemingly favorable odds of success can produce losing trades.  The market will do what it is going to do regardless of what seasonal tendencies, fundamentals, or technical analysis suggests it “should” do. Realizing this will help to mitigate the mental impact of losses on current and future trades.  Simply put, you can’t control the market; you can only control how you react to it.

In my view, paper trading for more than a few weeks is a waste of time because it ignores emotions.  I’ve seen “career paper traders” build their virtual accounts into seven figures but never find a way to turn a profit in their live (real-money) trading account.  Perhaps their simulation trading success promoted over-confidence and complacency in their live trading ventures; and there is no room for either emotion.

Instead of paper trading, I believe working with lower risk contracts such as e-micro futures (currency/gold) or mini futures (grains, currencies) is much more productive.  Although the risks and rewards are meager with these contract sizes, it introduces the trader into the emotional aspect of trading at a fraction of the risk of full-sized contracts.  As traders gain confidence, they can graduate into larger trading instruments.

The tips offered in this article won’t assist you determining when to buy or sell, but hopefully they will help to keep you grounded.  Because I believe trading success is at least 90% mental, staying level headed can be more valuable than any trading system or analysis technique ever could.

Using Weekly Options To Your Advantage