Up in Smoke: Time To Get Back Into Tobacco Names 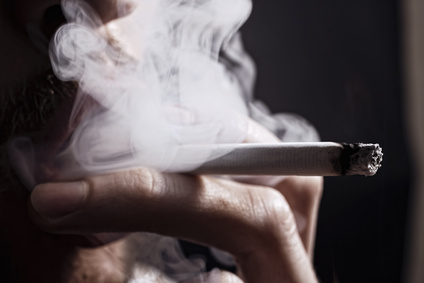 U.S. large cap tobacco names continue to offset the decline in cigarette volumes by higher margins and the accelerating growth in the smokeless tobacco category. This is largely how flat to incremental revenue growth from names like Altria Group (MO), Reynolds American (RAI), and Lorillard (LO) are able to report high single digit to low double digit EPS growth year after year. Excluding dividends, shares of Altria Group and Reynolds American are up year to date by 12.75% and 21.73%, respectively.

In what was nearly a two-month ceiling in the Tobacco Index (TOB), 1380 is now in play as the new support level just over a month following the initial breakout. Similar to most key breakouts on any time frame, you almost always get a conclusion where the underlying tests the former resistance level that becomes current support.

Now is the time to make bullish bets in some of the components of the (TOB), such as one of the largest weightings, Reynolds American. 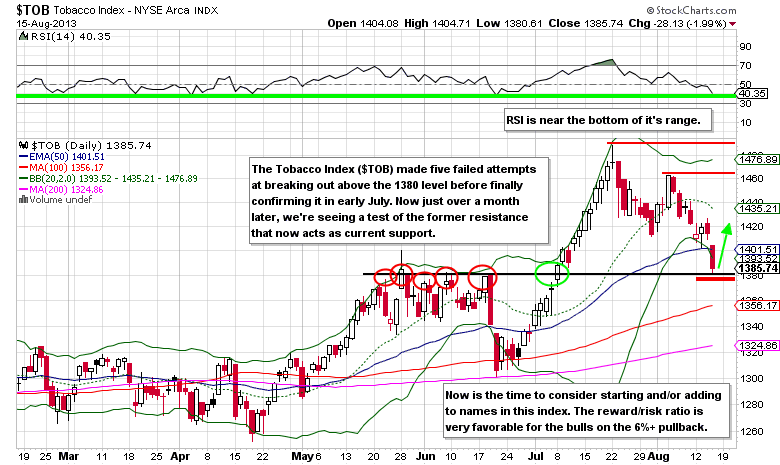