After I looked Eur-Usd reaction today I think I started to figure out why there´s so many traders out there taking everything between 10-60 pips movements but avoiding to take very huge swings and I have to confess had been one as well. It´s relative easy to spot from oscillators those quick extreme overbought & oversold turn opportunites, but when it comes to real big roads game change for more difficult. Wonder what Buffett would say my thought about market is lottery machine in the long run but in short term more captureable.

For weekend fun, guess twice what is this chart ? It´s mirror picture from Eur-Usd Chart where HS pattern is presented. Is there after all W3 bottom placed, W4 corrective up placed and new W5 impulse heading to the new low.

I bet oil looks a same if you mirror the chart. Another interesting point is that during this upmovement it was first time it started to build impulses which you can recognice and that did not happen before 1.3500, everything that far looks as ABC.

However, first shot from 60 min oscillators are far away from fun. There´s not rollover yet, but will be soon, either it would on the way to heaven, one short setup is coming soon. 240 min oscillators are actually still neutral while 15 and 30 looks  similiar with 60 min. When using oscillators I assume main direction should be considered which means need to remember those oscillators might also to stay at overbought levels for longer and allow to let oscillators to run screaming overbought, first touch to the RSI-75 does not necessary mean stop mark to hit short.

I don´t have any fibonacci resistance anymore left. What was related for that complex correction, they all are gone allready times ago, the last one was that 23.6% which price hit 3 times during last 5 days before was able to go throw today. This chart steps much wider chart now and my next summer target 1.4150 is next is one I can see as strong roof. If we take 50% from 1.4865 top from last sebtember it hits mark about here or just below 1.3700 but I cannot see well how it would be related by waves.

Gas and Oil charts are bullish in US, many oil charts have this inverse HS also. There might be big uproad ahead. If previous top at 1.3742 stops the price and market  sells the tick well it would build then bullish cup&handle.

Hopefully someone was lucky enough to understand better this golden touch meaning with that .618% bottom at 1.2900.

It´s nice to come and go anyway with eur-usd trades even missed a turn or major turns. That 700 pips advance is still far away from my pips results, 3432 annual pips result crossed today.

Whatever is this wave, my next entry is likely short again based for these oscillators, besides that UsaCad chart is extrememly oversold now with overlap of 38.2% support, perhaps it is going to hit that 50% after all later or even golden touch at .618%, but some fib starts to behaves soon as reversals also, daily chart looks terrible oversold in here. I learned that in FX market all W2´s tends to come as maximum size = 78.6% – rarely seen this in stockmarket.

I skipped allready GBP-JPY A wave diagonal approach as too risky view and it seems it was right decision at so far, but EurJpy looks now also as A wave diagonal in 15 min chart at 1.34. Seems that these fib numbers marks a real lot in FX area. Top in here with 1.37-1.38. Overthrow from this top would place A. In my experience A wave diagonal very last spike comes as very agressive, pretty much 90 celcius orbit candles.

From all these FX pairs Eur-Usd waves are definetely most difficult for me in here, but that alsomarks it so interesting with all those quick turns – so prepare for more surprizes.

Some comments related for GBP-JPY chart I made & attatched today and alternates it offers; All of those ZigZag waves are very related for each other by size. If you take those red marked A and B waves away from the chart, basically just look the last blue marked Cin the top of the chart, then take everything else away marked in the chart after this top. What you have on there is double ZigZag in my view.

Now, this is where alternate opens because next one is big impulse down, the biggest in entire chart as impulse wave. After this there´s another big runaway up. Market needs to consider in this case first impulse down is W1 – meaning end of story, double ZigZag is over and new bear market start. Then next up is 78.6% wave, market consider it again as corrective W2 and that´s why it shaked a bit today with it and it´s still parked there.

Decision time: If price is not able to go throw 151,69 which is very close – there´s possibility chart is not going to be triple ZigZag and it´s under impulse correction mode from here allready (134.00 & 137.00 marks correction target – have to confess retracement hits pretty perfect target numbers).

If it goes throw, 155,90 as 38.2% comes as upper log channel, where bigger shorting oportunity knocks again and that C wave  pinpoints all the way up up to the 165,90 some day but not soon.

With that setup 150,20 – 150,30 marks possible W2 ends as maximum which is very, very close now. Even it would not be the true market will temporary likely sell this opportunity. There´s no overlap provided with W2, if it goes throw previous top would be history soon and my triple ZigZag is on the track.

Summasummarum; Overall to see alternate (=bear) you don´t need to change anything else as skip last letters.

I would say that short opportunity knock in here for bearish alternate when looking together with mixed EurJpy & UsaCad chart messages. There´s good entry offered and details of information where it fails if it fails.

However, I also prefer to see where it fails if it does and this 150 price is not perfect because it´s middle of the 23.6% and 38.2% in the daily chart, that made me end up with possibility of triple ZigZag and certainly it´s not impulse road. 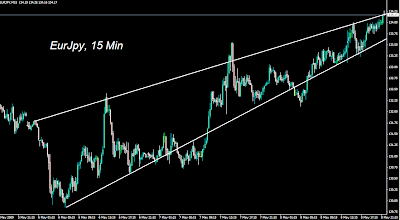 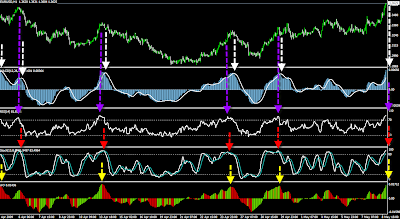 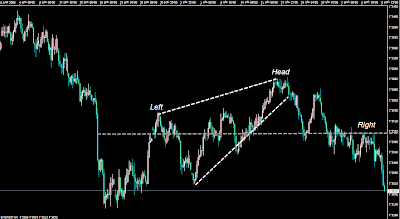