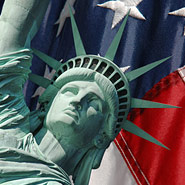 There is a strange relationship between bonds and stocks that exists in markets.  I only call it strange because the behavior of the investing public shows risk aversion when there is a desire for the safety of bonds, and risk appetite when stocks are in demand.  The emotions and desires naturally run on the spectrum of fear and greed as we look for the right balance.

But can we see when it is the right time for bonds?  How about the appropriate time for stocks?  Further, how does a move by interest rates effect risk appetite?  We can look to several sources for the answer, and interest rates are the biggest reason for flipping from stocks to bonds.  Currently, we are in an up cycle for interest rates, perhaps the biggest in over 10 years.

The Fed sat on zero rates long enough for the economy to pull out of the endless doldrums of low growth, deflationary trends but with strong employment growth.  A monetarist gauge known a the Philips Curve was completely turned on its back (where wage inflation was supposed to be lit up as the economy reached full employment – it has not happened yet)

As interest rates start to rise the taste for bonds becomes bittersweet.  Bond prices drop as rates rise and fixed income investors take a whiff of inflation (nothing a bond investor hates more).  So, as bonds become less desirable then other alternatives are sought.  Cash is always a viable alternative, but offers more safety than return.  Stocks can be viable too, if valuations are not off kilter with economic growth.

And that is the rub here – can the economy grow enough to support stock prices?  The stock market is the great discounting machine – rarely does it fail to predict economic activity with inaccuracy.  So, it could be market players are ahead of themselves – but let’s see how the economy is doing six to eight months from now – then we’ll have this same discussion.  For now, stocks are the game to be played if bonds are being tossed aside.