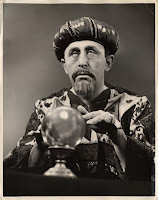 The ratios we have looked at so far tend to be a snapshot of the current condition of the company and don’t really explore a company’s history. Graham didn’t believe in investing in the next hot company, he was about buying companies with history and tangible revenues; companies where the paint on the sign out front is dry- basically boring companies. Graham also wanted a company that had proved that it understood its business and was on a path to continued success.

Some earnings in each of the past 10 years.

A company has to make money, if there has been a period in which they have failed to earn they may be in the mist of a change in the company’s direction, are in a market that is too competitive to support future growth, or they may simply be poorly managed. All of these situations indicate something unhealthy that will affect the long term prosperity of the company. Earnings are the heart of any business; you don’t want your heart to stop even for a moment.

Growing earnings is an indication that the company understands its market and is good at capturing their consumer’s dollars. It also indicates that the markets this company is attacking are growing, or at least their percentage of that market is growing. We don’t want to get fooled by a flash in the pan industry that has just had one or two great years because they are servicing a fad. Obviously the company also has to have 10 years in business too, Graham sees young companies as just too risky; they haven’t had a chance to prove what kind of company they are.

Without Graham here to provide us with an updated number we could probably take the equation and add inflation of 3% to the $100M.

What Graham was trying to do here though was find companies with a stable base. Any list of things can cause a company to have a bad quarter or bad half; it can be as simple a cause as the condition of the overall economy. Graham and Buffet both believed that trying to guess what the economy is going to do is a fruitless endeavor, better to be safe than to get burned in a downturn. Big companies tend to have the resources to winter these conditions whereas the smaller companies tend to fall by the wayside when things get really tough.

It is really about not getting fooled.The past is our best indicator of the future unless you have a crystal ball. So if a company has proven it can grow its earnings, has never been in financial trouble, and is big enough that a few waves are not going to turn the boat over then is it not at least somewhat likely that it will continue to perform in this way in the future?

If you are coming directly to this article click to the main site to see other articles in this series.