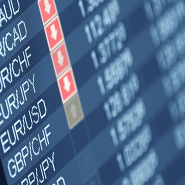 As I look back over the last 25 years of watching markets, one of the more reliable studies I had was seasonal indexes.

KEY QUESTIONS
A couple of questions I know you may have: 1) I like to use a five-year rather than a 10 year or 20 year to better reflect changing dynamics of the various markets and 2) I prefer to measure seasonality based on percent of average as opposed to flat price due to the changed price ranges again tied to the changed dynamics of the markets. It is in these preferences that cracks in seasonal analysis have appeared over the last few years, telling me more about commodities in general than simply flawed indexes.

HOW DO THEY WORK?
Historically, seasonal indexes (again, particularly in commodities) have been and effective tool in reflecting normal supply and demand flows. For example, the corn tended to peak during the spring planting season, ease back slightly in early summer, post a secondary late summer high, before selling off through fall harvest. Crude oil (and the energy complex in general) tended to post its low in late winter before rallying through the Fourth of July holiday. Then with school starting up and family vacations already in the scrapbooks, the market started back down.

Since the indexes were based on averages, divergences between the current year and the five-year index were bound to happen. It was only the cases where the current year moved sharply away from its normal tendencies that caused one to raise an eyebrow, looking for something in the market’s fundamentals that had caused such a contra-seasonal move. More often than not, at least in grains, that something tended to be a weather market causing a short-supply spike rally. Once it had passed things tended to return to normal patterns.

LESS RELIABLE NOW
But that isn’t the case anymore. Since the change in position limits in futures initiated in 2005, taking effect in
2006, seasonal cycles have grown less reliable. This has been a slow process over the years, culminating in almost a complete disconnect in between the two (five-year index, current year market) in 2012.

To make the case I took a look at the leading commodities in the various sectors: grains, energies, metals, softs, and livestock. For grains I used the DTN National Corn Index, a different index that reflects national average cash price (removing questions of spreads and investment fund rolling from one futures contract to the next), since the beginning of its marketing year (as opposed to a calendar year) that runs from September 2012 through August 2013. Through the first 10 weeks the market is showing a (-33%) correlation to its five-year index. A poor relationship at best meaning little insight into future performance can be gained by studying its existing index.

CORN FARES BETTER
But, corn is faring better than the crude oil futures market. There we find weekly closes in the spot-month contract with a correlation of (-55%) to its seasonal index. In other words, this year’s futures market is just as likely to not do what is seen as normal over any given period of time. The December live cattle contract is little better, showing a (-20%) correlation) to its seasonal index.

Spot-month sugar futures come in near the midpoint at (-1%), again meaning its index is 50/50 at best. On the high end of the spectrum is gold, an interesting market given its general lack of change in supply and demand, coming in at 1 25% correlation with its five-year seasonal index. Of all the markets I looked at; only soybeans showed a stronger relationship of 63%, though the recent meltdown in the market will likely cause that number to be whittled back considerably.

BUT WHY?
The underlying question is simple enough; why have markets lost touch with their seasonal cycles? The answer can be found in Newton’s First Law of Motion applied to markets: A trending market will stay in that trend until acted upon by an outside force. With the outside force usually the movement of investment money. Money flow has always played a strong part in determining trend (price direction over time), but now that money focuses more on outside factors rather than those affecting supply and demand.

THE SOYBEAN CASE
Take soybeans for example. The world is facing possibly the tightest supply and demand situation on record leading into the South American harvest in the spring of 2013. Yet the futures market and the DTN National Soybean Index have dropped almost $4.00 from summertime highs. Was the change in attitude fundamentally driven? Not necessarily, given the differential between the two markets (basis) remains near its high for the last five years and the forward curve (series of futures spreads) remains inverted) reflecting a long-term bullish supply and demand outlook. On the other hand, the most recent CFTC Commitments of Traders report shows noncommercial traders have liquidated more than 100,000 contracts from their July high long futures holdings of 322,217 contracts, or about 31.5% of their total position.

BEARISH TIMES AHEAD?
If it was just one or two markets breaking away from normal seasonal cycles, it could be viewed more as an anomaly. The fact that the divergences are occurring across many different is more a cause for concern for those that argue fundamentals still matter.

In this day and age of algorithm trading that spans almost 24 hours per day, 5 days per week; market fundamentals have taken a back seat to other market factors that take into account over or underpriced situations and volatility. Investment risk is the new normal and given the global economic climate as 2012 comes to and end and 2013 begins, could set the stage for more bearish times in commodities.

Editor’s note: There is a key discussion underway–has the nature of trading itself actually changed? Author and trader Peter Brandt says some patterns no longer work because of high-frequency and algo traders. He developed a new cheat sheet for trading patterns in the “brave new world of 2012 markets.” Read his story here.

What do you think? Have markets fundamentally changed? Please let us know your thoughts with a Comment Below.

Gold Performance In Election Years Since 1971