Friday – Workers of the World Unite! 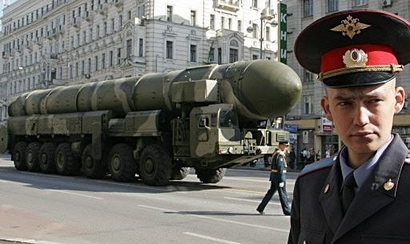 I remember when Russia used to parade their nukes down Red Square and we used to do “duck and cover” drills in the schools during one of the greatest bull market runs in history. Now we have turned into such wimps that we panicout of our stock holdingover fear ofgerms! Chrysler workers of the world united yesterday as the failedcapitalist corporation filed for bankruptcy and agreed to give control (55%) to it’s workers. I am thrilled with this outcome as it’s going to be a fascinating socioeconomic experiment to see what decisions the workers make regarding Chrysler’s major long-term issues like retirement benefits and health care. I’m sure the administration is happy too to have a petri dish in which to watch the issues that plague this whole nation long-term play out in microcosm. If we’re lucky, we will even be able to blame the Italians (Fiat) for anything that goes wrong. Many global markets are closed today for various celebrations and, ironically, many countries around the world still honor a US labor incident that this country has swept under the rug -the 1886 Haymarket Affair,which took place in our President’s hometown of Chicago when a workers strike for an 8-hour workdaygot out of hand and about 50 people died (4 police, the rest strikers). 8 Strike organizers were tried as anarchists and seven wer hung and if you thought the NYTimes was always a liberal paper, read 1886’s”Anarchy’s Red Hand: Rioting and Bloodshed in the Streets of Chicago” and compare that to the more balanced Wikipedia account of the incident. Anyway, that’s why we don’t celebrate May Day in America even though the AmericanHaymarket Affairis the one that inspired this memorial holiday in the rest of the world.

Speaking of our government sweeping things under the rug, it’s incredible that people are buying this nonsense that Chrysler will have a quick and painless bankruptcy. If you think the trial of the union organizers as anarchists was a farce, imagine the joke of a court proceeding that we’ll have to have in order to steamroll billions of dollars of debtholders into submission. It wasless than 2 years ago, August 2007, when Cerberus Capital took a majority stake in Chrysler and the company quickly turned around and borrowed $10Bnagainst questionable assets like auto patents and things like the Jeep brand name. They burned through that money plus $4Bn from the Treasury and the government…
END_OF_DOCUMENT_TOKEN_TO_BE_REPLACED