Gold And Silver: Backing And Filling After New 2016 High 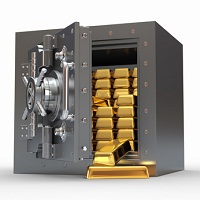 Both the Gold and Silver markets continued their upward surge last week with both markets posting their best gains and new 2016 highs to end the week on Friday April 29th. The impressive range up action in my view has been the result of ongoing weakness in the Dollar. It is also worth noting that there is growing concern that a soaring Yen due to continued financial concerns has also pushed Gold and Silver higher. Weak economic data last week in the U.S. was highlighted by a very weak GDP reading. This news coupled with no meaningful stance on rates by the Federal Reserve in their mid week policy announcement ignited re-inflation signals that buried the Dollar, and pushed both gold and silver to new highs. It is important to note that coming into this week, speculative and funds were long over 268K contracts of gold. For silver, spec and fund longs came into the week long over 92K contracts. We have seen somewhat of a continuation rally Sunday into Monday in both metals to begin the week. However a recovery bounce in the Dollar on Tuesday May 3rd prompted some back and fill as gold and silver posted modest losses for the session. Clearly we are approaching over bought levels technically, but the fundamentals with underlying bullish themes haven’t spurred any major profit taking yet. The recent rise in energy prices and commodities in general has only aided the precious metals advance. If the Dollar can recover against major currencies due to better than expected job data, I believe gold and silver can see a significant retracement.

The first week of any month brings new monthly job data, with the non-farm payroll being the highlight this Friday May 6th. Since the Fed is so heavily data dependent, the enormity of the jobs number in May and June could revive talk of another rate hike in June if the payroll number exceeded expectations. Given that I would look for some back and fill on the charts. Those looking for exposure in the Gold market may consider the following trade. For upside exposure I would consider buying the Dec Gold 1400.0 call while selling 2 Dec Gold 1540.0 calls. At the same time for downside exposure, I would consider buying the Dec 1200.0 Gold put, while selling 2 Dec Gold 1130.0 puts. In cash value these option ratios can be packaged for $2.00 or in cash value $200.00, plus all commissions and fees.

For those interested in grains, Walsh Trading’s Senior Grain analyst Tim Hannagan hosts a free grain webinar each Thursday at 3:00 PM central time. Tim has been ranked the #1 grain analyst in the United States per Reuters and Bloomberg for his most accurate price predictions for soybeans and corn in the years 2011 and 2012. Link for next week’s webinar is below. If you cannot attend live, a recording will be sent to your email upon signup. Or please contact me at anytime slusk@walshtrading.com

RISK DISCLOSURE: THERE IS A SUBSTANTIAL RISK OF LOSS IN FUTURES AND OPTIONS TRADING.  THIS REPORT IS A SOLICITATION FOR ENTERING A DERIVATIVES TRANSACTION AND ALL TRANSACTIONS INCLUDE A SUBSTANTIAL RISK OF LOSS. THE USE OF A STOP-LOSS ORDER MAY NOT NECESSARILY LIMIT YOUR LOSS TO THE INTENDED AMOUNT.  WHILE CURRENT EVENTS, MARKET ANNOUNCEMENTS AND SEASONAL FACTORS ARE TYPICALLY BUILT INTO FUTURES PRICES, A MOVEMENT IN THE CASH MARKET WOULD NOT NECESSARILY MOVE IN TANDEM WITH THE RELATED FUTURES AND OPTIONS CONTRACTS.