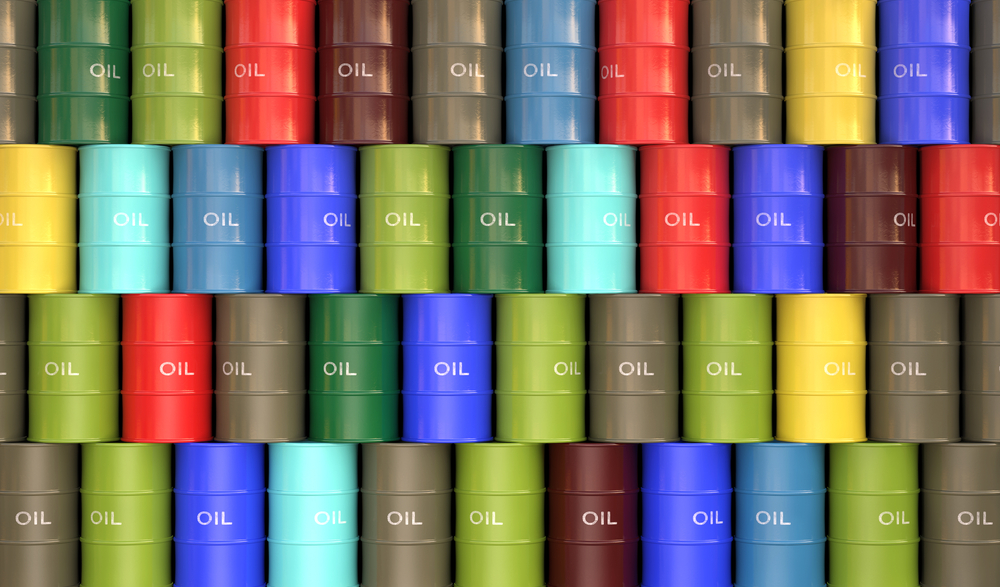 After the best weekly oil run since last April, it is time to let off some steam. Oil is pulling back as the record short speculative position that we saw a few weeks ago has been beaten out of the market in spectacular fashion. The crude oil market starts a pull back as the dollar rallies on Fed Speak, rising rig counts and the promise of more oil out of Iraq. There was also a report that the Nigerian Rebel Group, Niger Delta Avengers (NDA), announced a conditional ceasefire. They are the group that is responsible for attacking Nigerian oil infrastructure which has reduced their production by 700,000 barrels per day. Still, from the demand side, the market is exceeding expectations giving hope that we are on the road to a more balanced market. With more speculation that OPEC and non-Opec can work on an agreement to limit production, this will allow the demand side to kick in and cut into the product glut.

Some Fed officials keep trying to tell the market that they could still raise interest rates this year and this has put a damper on oil. Of course the market is increasing the odds of a rate hike there is still a lot of doubt. Fed action does have an impact on the oil market. Not only because of its impact on the dollar but the perceived impact it can have on oil demand. Many will await Janet Yellen’s speech at the Jackson Hole, Wyoming symposium at the end of the week. I doubt the Fed will raise rates this year despite what some officials try to tell us.

Oil rigs are rising as Baker Hughes reported that active oil and gas rigs in the U.S. increased by 10 this week to 491, the eighth week in a row of increases. Still, Canadian rigs fell 5 to 121 and U.S. gas rigs were steady at 83. The number of active U.S. rigs is still down by 394 over the same week last year.

Bloomberg reports that ,“Iraq, OPEC’s second-biggest producer, will increase crude exports by about 5 percent in the next few days after an agreement to resume shipments from three oil fields in Kirkuk. Shipments will increase by about 150,000 barrels a day as exports resume from the Baba Gorgor, Jambour and Khabbaz fields, Fouad Hussein, a member of the oil and energy committee of the Kirkuk provincial council, said by phone Sunday. The three oil fields are operated by the state-run Northern Oil Co. but their export pipeline is controlled by the semi-autonomous Kurdistan Regional Government. The NOC halted exports from those fields in March due to a payment dispute with the KRG. Iraq’s new oil minister Jabbar al-Luaibi, on his first day in the job, said last week he saw ways to resolve the dispute with the self-governed Kurds, and Prime Minister Haidar Al-Abadi ordered the oil ministry to resume oil pumping into the pipeline.”

The AFP reports that, “A Nigerian rebel group has announced a conditional ceasefire and agreed to hold talks with the government following months of attacks on key oil and gas facilities that have hammered the economy. In a message posted on the Niger Delta Avengers’ (NDA) website late on Saturday, the group said it would “observe a cessation of hostilities,” so long as the country’s ruling party stops what it called harassment of innocent civilians. It said it would support efforts to negotiate with, “the federal government of Nigeria, representatives from the home countries of all multinational oil corporations and neutral international mediators.”

Tropical Deion Fiona looks like it will not be a threat to oil and gas infrastructure but the Atlantic seems to be in for the production of more storms. There are two more storms in the Atlantic that could turn out to be a threat later on. Stay Tuned.

We still feel a generational low is in for oil but in the short term we are overbought and we are due for a bit of correction. Yet with the September futures contract expiring today there could be another surge higher. This should be a great day for swing and day traders.

Natural gas traders look to lock in some of you hedges now as we could start to see this market rally hard if we get some bad weather.