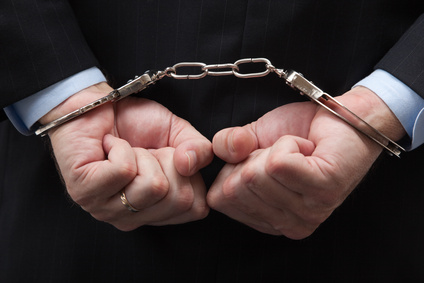 Holter, “Prepare for a reset… The Fed is now helpless to stop the coming global financial calamity.”

In a September 20, 2015 interview, gold expert Bill Holter argued that the economic system is on the verge of a “financial calamity.”

Discussing the recent Fed decision not to raise interest rates, Holter said, “If we had an increase in interest rates. . .the markets would close within two weeks. . ..I don’t think there’s any way the Fed can tighten.” He sees more quantitative easing (QE) in the future, with QE in China because “they’re imploding.” Worse, after 80 months of 0% interest rates and massive printing of money, there is no recovery, let alone any expansion of global markets. He said, “Trade is slowing,” which means that “global GDP is slowing.”

Holter said, “They know they need to do another QE, but they know if they do that, they’ve lost all credibility.” Talk about raising interest rates, he argued, is an attempt to try to regain some credibility. Even as the mainstream media discusses how it will not be that bad if the Fed raises rates, Holter argues, “All that’s left is a reset. . ..The Fed is now helpless to stop the coming global financial calamity.”

Turning to gold and silver, Holter said, “I think this is the bottom. Can they push the price down again? It’s possible, but. . . . The physical market has hit a hard bottom.”

Holter said retail silver is in “very, very tight supply.” The Canadian Mint has stopped delivering Maples. The US Mint is rationing to dealers. There is an up to a 6 week wait for silver deliveries. Holter sees a time when COMEX pays in cash, because they have no more gold or silver. He said COMEX has just over 5 tons or $175 million of gold in the registered category (for delivery). JP Morgan in their registered vault, the dealer account, has 10,700 ounces, or only $10 or $12 million. Analysts who say there is eligible gold to make up the lack of gold fail to mention that eligible gold is customer gold, so unless the customer wants to sell it, it won’t go into the registered accounts.

In terms of pool accounts, Holter believes that many of these accounts hold no actual gold and that this is going to become “one of the biggest scandals in history.” Holter said, “It is possible they didn’t even buy the gold in the first place.” Bullion Direct, Holter said, had $200 to $300 million worth of precious metals vaulted for customers. It turned out they had none of it, and filed for bankruptcy. In 2009 or 2010, Morgan Stanley paid what to them was a wrist-slap fine for charging customers to store silver, but there was no silver. “Year after year there’s more demand than actual production, but the price has gone down for the past three or four years. How is that possible?” Holter believes gold and silver has been added to the supply covertly from vaults. “They sold off people’s gold. . .to depress the price.”

The LBMA has 100 ounces committed to customers on paper for every physical ounce. The COMEX has 200 ounces in contractual obligations to 1 physical ounce. The exchanges say this fractional nature of the business is unimportant, since less than 1% of the contracts usually demand delivery. But if just 4% of those holding paper contracts want their gold, the COMEX will collapse.

Holter predicts a “reset,” which will shut down the system. He argued that the derivatives market has allowed the Fed and banks to control various markets. When $1 controls $100 worth of an asset, they can control the silver and gold markets. “When they lose control of that derivatives chain, when it snaps, everything is going to stop.” It could happen almost overnight, and then banks will close, and ATM and credit cards won’t work. The key will be when everything starts up again; “Everything is going to be revalued. . ..The financial landscape is going to be completely different.”

The FDIC is supposed to ensure deposits at banks, but, Holter said, “It is only an agency of a broke government. They have a quarter of a penny for every $100 they ensure. . .It has worked, because it has instilled confidence. . .But when there’s a real bank run, it’s like an ant trying to stop an elephant.”

Holter said, “If some type of an event happens today, you could wake up tomorrow and all of that gold could be cleaned out.” Owners of gold and silver won’t sell their gold or silver until you can give them a currency they can trust. Holter warned, “We will have a standard of living completely unthought-of of as possible.”

When credit shuts down, he warned, distribution shuts down. “This is not going to just be a financial problem, but a problem getting things you need to live.” Holter said, “These big stores get stocked up every single night. . . . The average store only has food for about two or three days. So, this is not going to just be an issue about you paying your bills. It’s going to break down so badly it is going to be an issue about whether or not you can get food.”