Silver may be near a Tradable Low 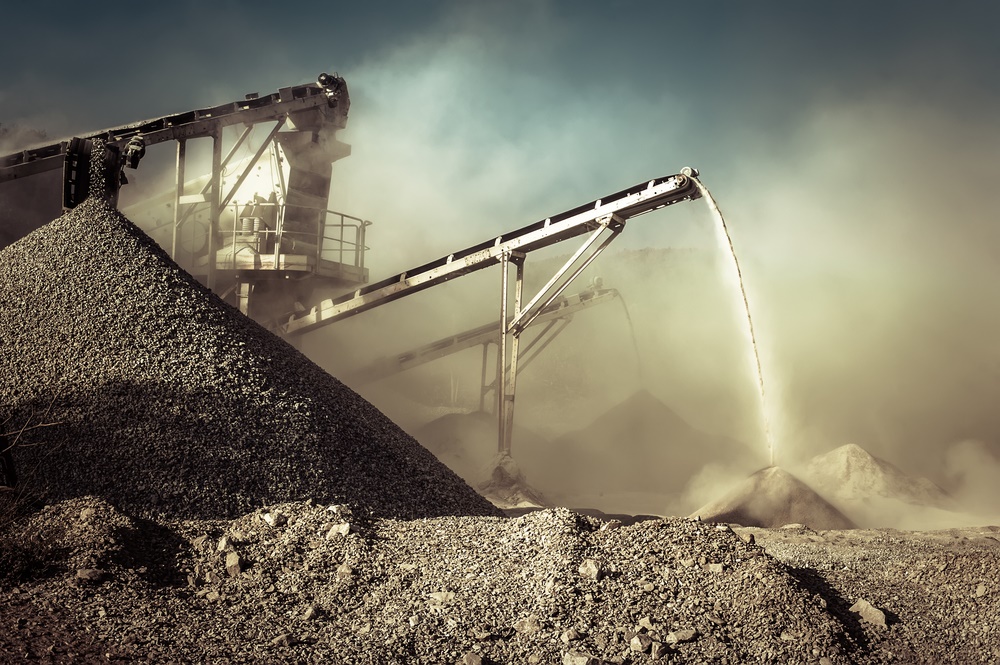 Precious metals are nearing an area that can represent a good opportunity for a trade or a value buy. We expect to see silver futures find support nearby, but it is not yet clear whether a bounce can carry price above the high of earlier this year.

This is a good example of how Elliott wave analysis can uncover trades even when the larger picture is uncertain. Right now we are considering two different scenarios for precious metals. One scenario says THE low occurred in 2015, and the other scenario says we could see even lower prices in future years. However both scenarios allow for a bounce from the present area.

If you are watching silver from the perspective of a technical trader, you might wait for a short-term trigger before taking a position, and then ride the move until exhaustion signals start to accumulate.

On the weekly chart below, we have labeled the downward move of 2016 as either wave (ii) of what could become a persistent upward move, or as wave (b) in the middle of a generally sideways correction. If price moves out of its current area, then the relative energy of the move between now and the expected cycle high in early 2017 may indicate which scenario is working. 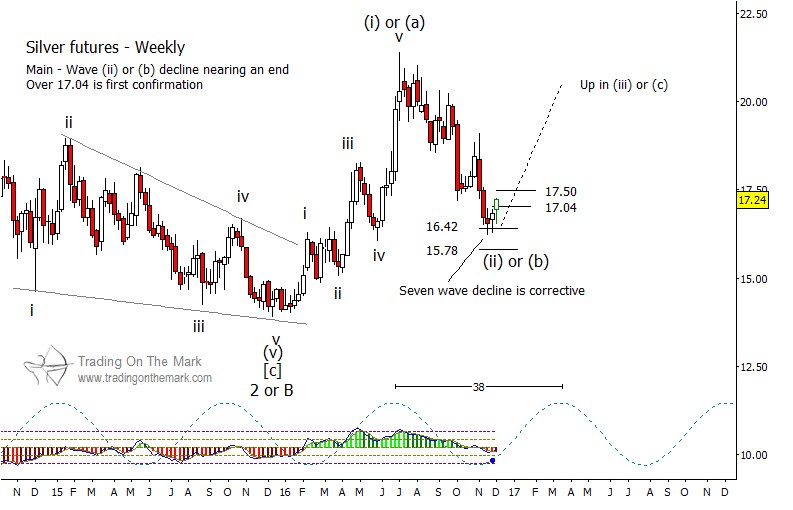 Going forward, we would want to see the close of any weekly bar stay above the Gann 17.04 level, which was prior resistance and which should now become support. The next threshold to cross will be the Gann resistance near 17.50.

If price manages to exceed the high of early summer 2016, then the main Gann resistance levels to watch will be 23.70 and 27.40, either of which could act as a target for an upward wave (c). On the other hand, if price is actually forming an upward wave (iii) then price could reach considerably higher than those levels.

There’s more! As you make your trading plans for 2017, let us help you see the opportunities and risks. This month, we’re offering a 20% discount on our daily analysis service, which includes regular updates for the S&P 500, crude oil, the Dollar and other currencies, precious metals, bonds, and more. Just follow this link and use the coupon code 4CCF7 to claim your discount.