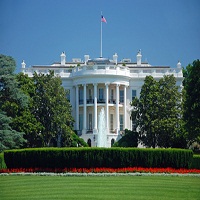 Some days, I just don’t know where to start. The “news” is coming at me, rather at us, a mile a minute, and the stock market is reacting furiously to the pulsing drumbeat from the breathless media.  Hey! I just figured out where to start – with some good news.

For those of you planning a European trip any time soon, or, perhaps, in the summer, you are going to get a big bang for your buck if things continue the way they are going now in the currency market. The US Dollar climbing and the euro dropping is a great combination for stretching your money on a European vacation. If this trend continues, we might find ourselves in a position we have not been in since 2002 – the euro and the US Dollar at parity, or, better yet, the US dollar worth more than the euro. So, get your travel plans on because the ECB is pumping out its monthly QE and the scared money is running into the US Dollar, which should continue for a while.

As to the US Dollar, here is a bit more good news, which should catch on with the fraidy cats in a short while – oil seems to be headed lower, much lower. Not only is there a supply gut, but the US dollar climbing is a bad sign for the oil sellers. Oh! Don’t forget about economically beleaguered Iran and its vast supply of oil sitting around in a bunch of storage tanks … Is there a deal coming?

Did I forget to mention the above factoid in the preceding paragraph, you know, about the price of oil dropping? So, anyway, here is the bad news that seems to be driving the market down. Note: The following information is conflicting and could make you crazy if you buy into it.

There it is … Will the Fed or won’t the Fed? Sheesh!

And there is more for your digestive pleasure. It is derivative of the second news bullet above – QE in Europe has the conservative news machine in full-tilt boogey mode.

Yes, most folks who understand what unleashing cheap money can do are for the European QE, but there are those ideologues who simply believe it is wrong and dangerous, you know, the misguided free-market advocates, and there are those money/power brokers, who have an agenda relative to the way things are now, so they don’t want it. Hence, the hurricane analogy, which, as anyone who has ever been in one knows, they are scary.

Okay, everybody settle down. The market is freaking out, but that is what it does from time to time when uncertainty (even if imagined) breeds volatility, such as we are seeing this past week in the market. Keep your eye on the ball.

The Fed, QE in Europe, a rising US Dollar, a sinking euro, and the energy sector tanking from declining oil prices are all news worthy, but they unto themselves are not enough to dampen the future of the market.

On the flip side is rising employment in the US, QE in Europe, a sinking euro, and falling oil prices. All of these add strength to the economic fundamentals, which, as I always say, is the life-blood of the market. And those “declining” profit reports that also hit the news shelves today, well, those are something to watch, but my guess is that those will clear up with the bad US winter weather and a resurgent Europe.

In the meantime, take the plus of the US Dollar and take a trip to Europe. It will do you good and it will be more affordable.