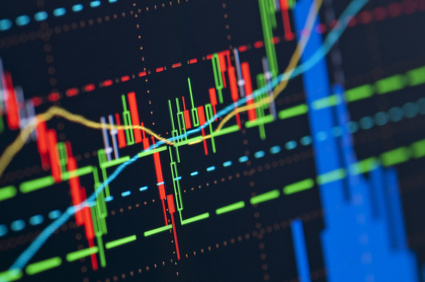 In Part 1 of this series, we looked at Tesla Motors (TSLA) and its current life-cycle and noted that often times. the stocks of the best companies can have several life-cycles of growth and decline throughout their history. These are generally companies that are able to re-invent themselves time and time again with newer and ever more innovative products and services that drive new product cycles that, in turn, drive resurgent earnings and sales growth. This, in turn, drives a new upside price cycle for the stock. One of the greatest examples of this is a company that is arguably the technology juggernaut of the New Millennium, Apple (AAPL).

The monthly chart of Apple in Chart 1 gives us a long-view of the stock’s action from late 1999 into early 2008, encompassing one full life-cycle. After the brutal post-dot.com bear market of 2000-2003., Apple began to stabilize and move sideways from late 2000 into late 2003. On October 23, 2001 Apple had introduced the iPod, a product that most considered to be just a gimmicky mp3 music file player that anybody could duplicate. Combined with the iTunes store, which enabled consumers to purchase music directly from the Internet instead of driving over to their neighborhood music store to buy a physical compact disc, or “CD,” Apple’s earnings and sales began to grow strongly. By late 2004, the proof in the pudding came with a huge earnings beat in October 2004 that launched Apple on a sharp upside run that carried into early 2005, before the stock began to pull back and consolidate. Apple introduced the iPod Shuffle and the iPod Nano January 2005, and after consolidating for about four months the stock broke out again on another upside leg that carried into early 2006.

Just as the iPod phenomenon was peaking, Apple pushed the envelope out even further with the introduction of the iPhone in January 2007. The iPhone took the basic smartphone concept beyond a basic cell phone by combining it with the iPod’s music-playback utility, as well as a wide variety of  downloadable programs known as “apps.” These apps enabled users to play video games, access entertainment content, surf the Internet, and just about anything else app developers could imagine. This drove the stock price on a parabolic ascent to new highs in January 2007 and January 2008.

In this manner, we can see how the iPod/iPhone product cycle drove Apple’s stock price “life-cycle” from 2003-2008, resulting in a phenomenal upside price move. That move eventually came to an end in early 2008 when Apple topped about three months after the general market top and the start of the brutal 2007-2009 bear market. Chart 1 (See above.) shows the severe price breakdown in Apple that produced some very profitable short-selling opportunities in the stock after it had topped and declined -61.5% below its 2008 peak. This marked the end of one life-cycle for Apple.

While great companies with great products can and do top and go into prolonged downtrends, they are often able to drive a new upside life-cycle by continuing to come out with new and innovative products. Pushing the edge of the envelope again, Apple came out with the iPad in January 2010, starting a whole new price cycle. This new product combined the utility of the iPod with the concept of a hand-held PC-like device that had a large screen and innovative “touch-screen” capability.

Chart 2 (See below.) shows a monthly chart of Apple from late 2007 at the time of the general market top and start of the 2007-2009 bear market up until the present. Apple finally bottomed with the market in early 2009, and we can see how the introduction of the iPad coincided with a breakout to all-time highs by Apple stock towards the end of 2010. This led to the stock’s resurrection and the start of new life-cycle, as the stock price embarked on a fresh upside trend. We can also see how the death of Steve Jobs, arguably one of the most brilliant marketing minds in the history of consumer technology, led to little more than a short sideways consolidation before the stock took off on a steep upside leg from late 2011 into the third quarter of 2012. At that time, Apple was still riding the iPhone wave, and the death of Jobs probably gave investors a measure of certainty with respect to the team that would be leading the company forward from that point on.

Chart 2 – Apple Monthly Chart, 2007-2015. The iPad helped to drive another product cycle for Apple which in turn provided the impetus for yet another upside price cycle in the stock.

Apple’s second life-cycle of the New Millennium ended in September of 2012, leading to a 45.4% decline from the peak before the stock finally bottomed in April of 2013. The decline from the September 2012 peak provided short-sellers with a significant profit opportunity, had one recognized the end of Apple’s current cycle at that time.

Apple, however, wasn’t quite dead yet, and rumblings of a new product in the Apple watch and the future of so-called “wearable” technology provided the impetus for a move off the April 2013 lows and into new high price ground by the time the “iWatch,” as it was dubbed by pundits, was formally announced in September of 2014. While the situation remains unclear at the time of this writing, the iWatch could be the catalyst for a new upside life-cycle in the stock. If the iWatch fails to generate the sales and earnings that the iPod, iPhone, and iPad did, then perhaps the stock tops and begins another period of downside profit opportunities for would-be short-sellers.

The example of Apple shows how a great company’s stock can have several life-cycles, and each cycle is in turn driven by the advent of new products and services as the company pushes the envelope each time with something just a bit more innovative and compelling for the consumer to feast on. Each cycle presents opportunities on both the long and short sides as the stock first launches on a major upside price move before finally topping and ending the current life-cycle, at which point, the short side of the stock comes into play as a significant profit opportunity. It is in the interests of investors to attune themselves as much as possible to where a particular stock is within its life-cycle as it relates to the company’s product cycles, as this provides a unique context within which to understand more fully what is driving the technical side of the picture.

If you want to learn more about Gil Morales and The Gilmo Report, please click here.