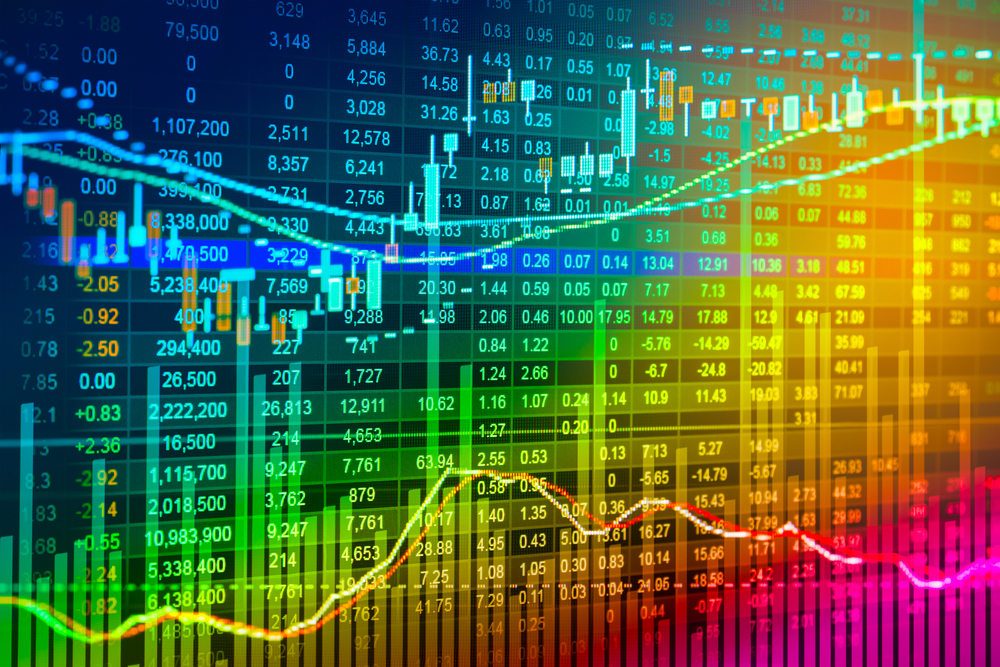 Background: The Donchian Channel method, also known as the 4-week or 20-day rule, was developed by Richard Donchian, one of the pioneers in commodity trend trading with mechanical trading systems. He also developed a trading system based on 5-day (a week) and 20-day (a month) moving averages.

Trading systems today tend to become very complex by taking advantage of computer-power, but the very simple Donchian Channel method was found to be the most successful of all approaches in studies of futures trading during the 1960s through the 1980s. Traders have made many modifications of these channel breakout systems, including the well-known Turtle trading technique used by Richard Dennis.

Purpose: The basic Donchian Channel method identifies the precise points where prices break through the high or the low of the previous 20 days. Traders use these breakout areas to enter and exit long or short positions with a stop-and-reverse, always-in-the-market approach. The trades are likely to be long-term position trades and may require the use of long-term continuous charts.

Basic signals: The rules for the 4-week Donchian Channel method are very simple:

The chart below illustrates the basic 20-day channel method with the buy and sell points on the breakouts. However, the time frame or degree of risk from always being in a position may be greater than some traders would like. 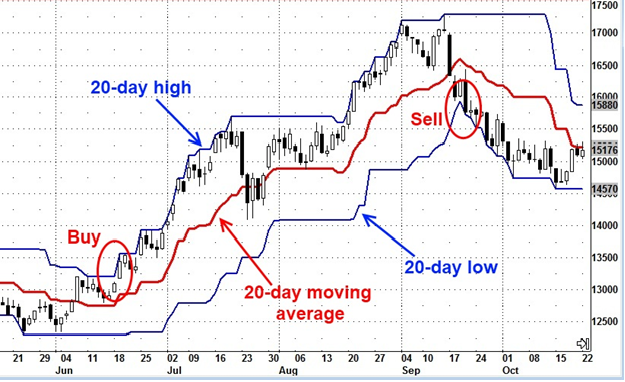 Pros/cons: The Donchian Channel method provides clear, straightforward points at which to buy and sell as a mechanical system should, and is certainly simple enough to understand. It should catch and stick with most major trending situations and, in those conditions, will produce fewer trades and lower brokerage costs.

Like most trending indicators, the Donchian Channel method will not catch market tops or bottoms, and it can be subject to significant losses from sharp price moves or from whipsaw trades in stagnant, range-trading markets. As mentioned, the entry/exit parameters can be modified to alleviate these situations, but then the choice of time periods to act on the highs or lows becomes subjective and reduces the effect of a mechanical system. In addition, rolling over into the next contract may cause problems if there is a significant difference in the pricing of the two contracts.