Finally we break out! Last Friday we had our charts that indicated it was possible but we played 55% bearish into the weekend thank goodness and, as I predicted in the weekend wrap-up, our broken clock (going into each weekend 55% bearish) was right twice as we had a harsh sell-off on Monday that did not get us off to a good start. After last week’s action, which I called “a big, ugly W,” where 8,130 capped our gains on the Dow, we got a very nice 2.5% rule move for the week on a breakout where we held 8,130 to the downside. While we still went into the weekend just a little bearish – it’s getting harder to believe it as the relentless rally continues but better safe than sorry over the weekends as our rallies are still coming on very low volume and, other than Friday, we sold off into every close this week. 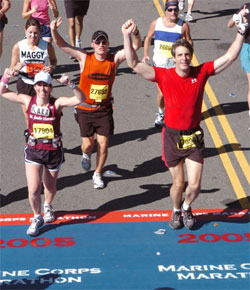 We finished the week right at the 8,200 mark that I predicted weeks ago would be the top of this rally. In fact, the breakout levels we’ve been using since we first broke out over 7,632 in late March were DIA 8,130, S&P870, Nas 1,700, NYSE 5,500 and RUT 480 – these were our break DOWN levels of January (and pretty much where we closed for the week)so, on the whole, we are nicely confirming that our “V” bottom of March 9th was an aberration and will NOT be revisited. We do still expect a retest of 7,900 but 7,632 may now be off the table and our 8,650 target (the mid-point of what we’ve considered “fair value” since October) is just as likely to be hit before we see another pullback.

We had an absolutely fantastic week as we learned to stop worrying and love the rally. After being cautious last Friday, my…
END_OF_DOCUMENT_TOKEN_TO_BE_REPLACED