What is Fibonacci Telling Us About Gold? 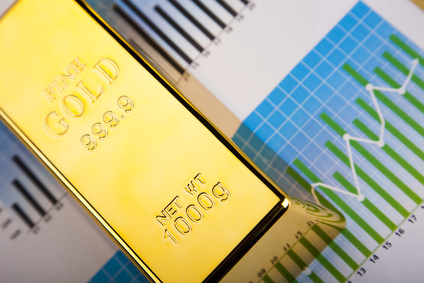 Patrick MontesDeOca, CEO of the Equity Management Academy, said today, December 15, 2017, that it was highly likely that gold was at a bottom and to expect a major move up. He based his forecast on the VC Price Momentum Indicator, which relies in part on Fibonacci trends to predict market movements and has an impressive track record in predicting winning trades.

MontesDeOca said gold hit a bottom on November 30, 2015, at $1045.40 when the Federal Reserve announced that it was raising interest rates 25 basis points for the first time in about ten years. The announcement, he said, “Created a bottom in the gold market.”

Gold then rebounded to $1378 by July 11 about 180 days later, which fit the 180-day cycle that MontesDeOca uses to identify market extremes.

“Since that high,” MontesDeOca said, “we have seen the validation that this first rally was leg number one in what appears to be a much bigger wave pattern, which projects very significant higher prices.”

“Since the high of $1378,” he said, “we have come down all the way almost to a 78.6% Fibonacci correction. The majority of the time when the market comes down to this level, it usually signifies a completion of a pattern. The closer you can buy into that 78.6% retracement, the lower the risk.” He recommended placing a stop at $1116, which is the price with the highest probability of marking a price reversal. If gold closes below $1116, then this leg and its pattern will be negated, he said. Then the market would need to be watched to determine which direction it is likely to move.

Based on the VC Price Momentum Indicator, MontesDeOca uses color-coded charts to indicate levels of supply and demand for the Academy’s select group of subscribers.