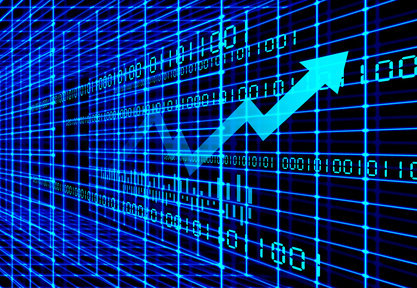 It is naïve to assume that seemingly unrelated markets move independent of each other.  The financial and commodity markets are littered with relationships that might be helpful for those attempting to speculate on price changes.  Further, simply assuming that the historical relationship you once read about in college textbooks is consistently valid is a mistake.  At the hands of government intervention, the relationship between many markets has morphed into something unrecognizable to seasoned traders.  We are going to approach this topic over the span of two articles. First I will focus on currency valuations in relation to commodity and financial markets.  In a subsequent article, I will discuss correlations between certain non-currency assets.

Why Seemingly Unrelated Assets Are Tied Together

FOREX traders are familiar with the concept of trading assets in pairs, but the majority of traders don’t necessarily think of asset transactions as pairs trading.  Perhaps they should.  Every transaction we make in the financial markets, or in daily life, involves two assets.

It is only possible to purchase a security, or an item, by giving up something else.  Further, the item being purchased only has value relative to the asset being forfeited.  For example, when you buy a loaf of bread at the grocery store you agree to “sell” dollars to acquire bread.  In other words, you are buying bread and selling dollars.  The store, on the other hand, is selling bread and “buying” dollars.  Keep in mind that we have no way of measuring the value of a loaf of bread without comparing it to the dollar, or some other currency.

In review, when speculators buy a commodity, they are essentially selling the dollar to acquire the asset.  Accordingly, changes in currency pricing can, and do, have a significant impact on other asset values.  Nonetheless, there are an infinite number of other factors determining the market price of an asset; unfortunately, it isn’t as simple as assuming a higher greenback will automatically force all dollar-denominated assets lower, but it is definitely something to keep tabs on.

The U.S. Dollar Is Tied to Commodity Pricing

2014 saw some of the most treacherous bear markets in the history of commodity-futures trading.  Although the precipitous fall in crude oil is the most well-known, the grain markets, such as corn and wheat, weren’t spared.  Further, gold priced in terms of the greenback struggled to keep its head above water, while gold priced in other currencies held relatively firm.  This is a sure sign of commodity markets being sensitive to currency values.

Perhaps the best example of the relationship between the dollar and a commodity market is crude oil.  Analysts have repeatedly debated whether the 2014 collapse in oil was at the hands of supply concerns, or decreased demand expectations.  However, the answer might be simpler than supply and demand.  Another explanation could be that the value of crude oil hasn’t really changed relative to other assets, but because the world prices crude in dollars, the price adjusted to account for action in the currency markets.  Simply put, a majority of the drop in crude oil could, arguably, be explained by a stronger dollar.  In essence, when the dollar is stronger, it requires fewer of them to purchase crude oil.

The strength of the negative correlation between the dollar and the grains is less obvious, but certainly it isn’t something to be overlooked, or underestimated.  The price of corn, wheat, and soybeans tends to move inversely to the greenback an estimated 40% to 60% of the time.   A weekly chart depicting the price of wheat vs. the dollar displays the long-term relationship between these two asset classes.  It isn’t perfect, but, as the dollar peaks out, wheat tends to find a significant bottom.

The U.S. Dollar Plays a Large Role in Treasury and Equity Direction

A less talked about relationship is the manner in which the Treasury bond and the U.S. dollar are tied together.  In the current environment, bonds have had a propensity to move in the same direction of the greenback.  This is in contrast to the aforementioned relationships in which the U.S. currency moves opposite the asset in question.

The positive correlation between the greenback and bonds is largely due to the fact that foreign investors must sell their domestic currency to purchase dollars before allocating investment funds into U.S. based assets such as Treasuries.  In other words, the safety of U.S. government backed securities lures overseas investors to convert holdings away from the Euro, Yen, or other, into dollars.  This puts upward pressure on the greenback, prior to purchasing the desired investment.  With this in mind, it isn’t surprising to see a strong positive correlation between the two asset classes.

At the time of this writing, the correlation coefficient between the DX and the 30-year bond future was running near 91.  Simply put, over the measurement period of 180 trading days the greenback and the government long bond had moved in the same direction approximately 91% of the time.  It is extremely rare to see correlations between two seemingly independent markets at such an elevated level.

Also at the time of this writing, both the bond and dollar were trading near multi-year highs.  Thus, traders might benefit from the presumption that if one market breaks down the other will follow.

Why You Should Be Aware of Inter-market Relationships

Regardless of your market of choice, you must be aware of how it interacts with other markets.  Trading is a game of odds, and, of course, luck.  Being aware of the manner in which certain markets behave relative to others can potentially improve the probability of success.  For instance, those looking to find a bullish opportunity in crude oil, or a bearish play in Treasuries, might look to the currency market for guidance in timing.  Stay tuned for next month’s article describing inter-market relationships between specific commodity and financial markets.

Playing Precious Metals And Not Losing Your Shirt