Will The Fed Confirm A Sept Rate Hike? No Way 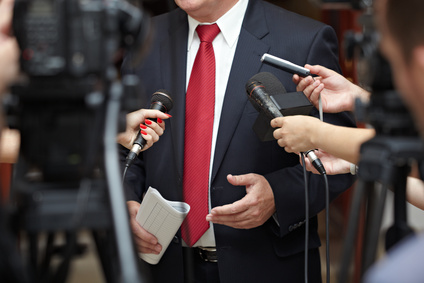 The FOMC meeting ends this afternoon.  There will be no press conference, only an announcement.  Some think the announcement will give further confirmation of a hike this year, perhaps at the next meeting in September.  I don’t think so.

Below is testimony from Janet Yellen’s Semiannual Monetary Policy Report from February 24, 2015.

Foreign economic developments, however, could pose risks to the outlook for U.S. economic growth. Although the pace of growth abroad appears to have stepped up slightly in the second half of last year, foreign economies are confronting a number of challenges that could restrain economic activity. In China, economic growth could slow more than anticipated as policymakers address financial vulnerabilities and manage the desired transition to less reliance on exports and investment as sources of growth. In the euro area, recovery remains slow, and inflation has fallen to very low levels; although highly accommodative monetary policy should help boost economic growth and inflation there, downside risks to economic activity in the region remain. The uncertainty surrounding the foreign outlook, however, does not exclusively reflect downside risks. We could see economic activity respond to the policy stimulus now being provided by foreign central banks more strongly than we currently anticipate, and the recent decline in world oil prices could boost overall global economic growth more than we expect.

I had thought the interesting part of the above paragraph was the specific mention of China and negative foreign headwinds on the US economy.  Let’s just take a quick look at what has occurred in the past five months since that speech.  Many emerging market currencies have made recent new lows for the year against the USD, including the Brazilian Real, Mexican Peso, SA Rand, Turkish Lira, Indian Rupee, Indonesian Rupiah, Korean Won. The Chinese Yuan has been quite stable, but Chinese stocks took an almost complete round turn and are nearly back to where they were in late February after the hard sell off last month.  Crude oil is right back where it was in February, or actually slightly lower.  Copper made a new low for the year on Monday.

Far from boosting overall growth, lower energy and commodity prices are a reflection of exactly the opposite, that is, sluggish global growth.  The decline in emerging currencies is another worrisome development.  Look at the below chart with US Steel (X), Alcoa (AA) and Exxon (XOM).  Is that a picture of industrial growth as a result of careful nurturing from knowing policy makers?  These stocks are sick, and corporate debt spreads are widening.  The Fed has a history of backing off in times of even modest stress, preferring not to be accused of making a policy mistake by tightening too soon.  Look for a non-committal announcement which might even read surprisingly dovish.