Will the News Set the VIX on Fire? 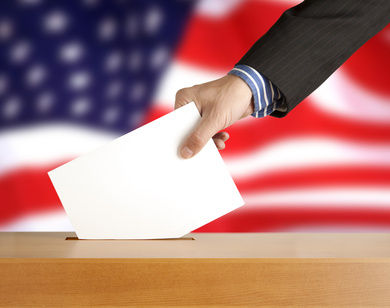 What is the upcoming news? Does it possibly set the VIX and implied volatility on fire?

This week is chock full of economic news domestically and European bond auction news across the Atlantic. Either way it is enough to give the market plenty to think about.

WEAK ISM
Things kicked off on the wrong foot (for bulls) with a weaker than expected ISM number along with a tepid response to the ECB supporting the short end of the yield curve by buying 2-3 year notes. The note buying is still not crystal- clear, which seems to be the way all central banks talk.

VIX PUSHING HIGHER
On the specter of October starting to loom, the VIX is pushing up this morning. Realistically, most of the big ECB news will be out in the next two weeks with a decision on Greek debt reduction progress in mid October.

That is not stopping the low liquidity market from bidding up index premium. September at-the-money volatility in the SPY is running higher than 15.5% (on a 7.07% 10 day realized IV). Any current VIX pricing is based on the market movements that might happen.

TWO TRADES
There are really two trades for this market.

The first is to start with the VIX, if you think the volatility can go higher, which I think will short term. September VIX futures are almost near parity to cash with just over two weeks to go from $4 over 2 weeks ago. The play here would be to buy the OCT VIX 25 puts and sell the SEP VIX 25 puts for a credit (in the money put spread). The SEP at the money strike in VIX is 19.25 and the OCT at the money strike is 21.25, as of this writing this morning. $2 for the VIX SEP/OCT spread is pretty cheap, and a continual rise in the VIX will make the put time spread expand in value.

IMPLIED VOLATILITY
The second is for the eventual drop in VIX. If the implied volatility starts to turn around, which I think is very possible after this week, buy an out of the money VXX time spread (think the 11 strike with VXX trading $11.72) using Sep or Oct as the long month and sell the near term Weekly of the same strike.

This setup will provide the 1-2 punch to trade the volatility around the continual Euro Zone event cycle.

Authors note: Make sure you understand the interaction of VIX and term structure as it relates to the VIX options before entering any trades in the product. 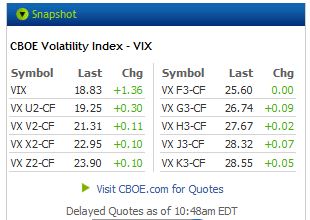