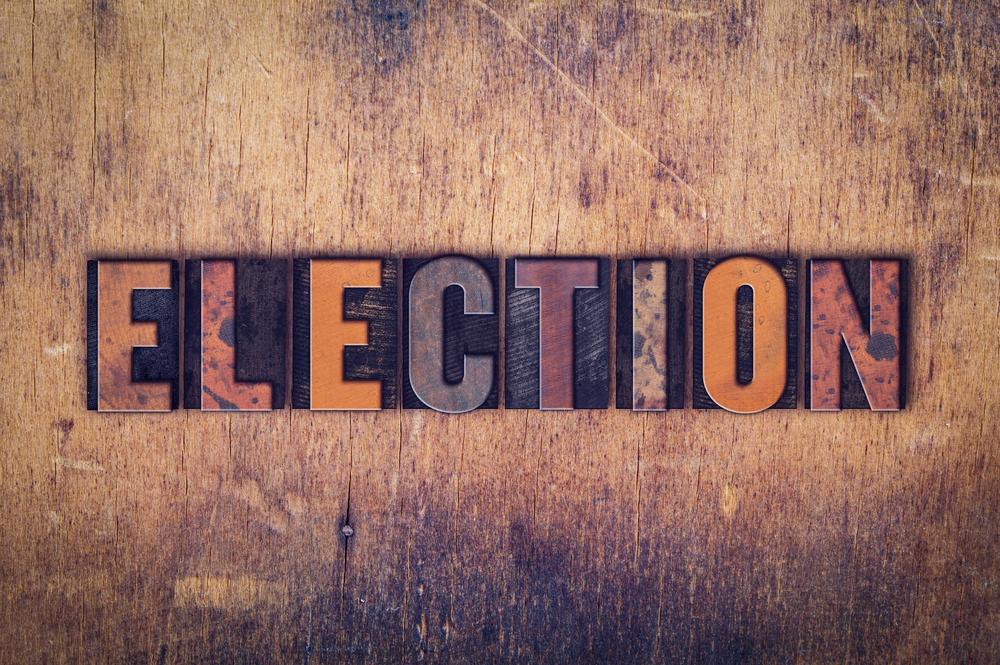 In my January 2015 article titled The Bull Market According to The SOX and NASDAQ,  I said the following in reference of the Nasdaq Composite (COMPQ):

“From a conventional chart pattern perspective, the multi-year price action is clearly painting a bullish picture, i.e., that of a massive “Cup and Handle.” Within this pattern, the “Handle” section is none else but green wave 4, which is expected to unfold over the course of several weeks, if not several months.”

Sure enough, wave 4 played out over the course of several months, from July 2015 until February 2016.

My current stance on the U.S. stock market for the next several months to a year is bullish. In  the charts below, I draw a parallel between the current pre-election period and that of 2012, offering corroborating evidence in support of my view.

The following chart depicts the SOX/SPX relative-strength ratio. I discovered this forward-looking indicator back in 2011, and I’ve been “tooting its horn” ever since. On two occasions, namely, 2011 and 2015, this ratio reached the 2007 high, and the market went on to crash within a few month months. In contrast, the decisive break that occurred just a few weeks ago is a major bullish development, especially for the semiconductor sector.

The next chart depicts the SOX itself. The recent volatility in the stock market coincided with this index reaching the 1.618 AB milestone of the depicted SHARK pattern. I foresee as much as 15-20 percent upside before it runs into the next resistance hurdle. Overall, the chart sports a massive rounding bottom, suggesting the semiconductor sector is lagging the rest of the market, and thus continues to offer great bullish potential relative to most other sectors.

As evident in the next chart, the TRAN assumed the leading indicator role in late 2014 by topping several months ahead of the summer 2015 crash. The Andrews Pitchfork, coupled with the Cup and Handle’s measured move, foreboded the looming danger ahead. Interestingly, note what took place in 2012; while the major indices had been forging ahead towards new highs, the TRAN moved in a relatively tight range throughout the year, only to finally break through the week of December 31st, 2012. This ushered in what we affectionately dubbed “the BTFD year” (2013).

Enter 2016 – The TRAN, reminiscent of late 2012 / early 2013, was poised to close last week on a similar note. For the last several weeks, we had been on the lookout for an “above water” weekly close, i.e., a close above the blue neckline of what’s been identified as potential inverse Head and Shoulders pattern. On Friday, it closed right at the neckline as if undecided. Along with the inverse HS is an AB = CD harmonic pattern aiming for point X, and offering the potential to morph into a full-fledged Bearish CRAB having much higher levels in its crosshairs. Again, 15-20 percent upside from here wouldn’t be too surprising.

The 2015 correction, as well as its magnitude, fulfilled the prediction made in that January 2015 article. The “handle” section is depicted in purple. The COMPQ is now on its way to new highs, looking to compete green wave 5, and this blue wave 3.

As for the benchmark index, the SPX appears to have its sights set on 2400-2500 area. The recent volatility back-tested the 2120 area, which marked the rim of the yellow Cup and Handle. This cup’s measured move points to the mid 2400’s.

My technical analysis of the weekly and monthly time frames is calling for a major correction of 20 to 25 percent, to begin upon some or all of the aforementioned indices reaching their respective targets. The correction should aim to retest the 2015-2016 correction lows.

The 61point8.com TradeWinds Market Guidance is positioned long by way of QQQ bull call and put spreads at various different strikes and expirations. We’re also long AAPL by way of credit put spreads, with the upside target of ~126.55/share in our crosshairs. These positions are based on the technical analysis and pattern identification work depicted in the three charts below.

QQQ – The ascent towards the cited target zone is unfolding as a 5-wave, strongly suggesting the recent volatility was merely a profit-taking wave 4. With that in mind, the most common wave 5 target is the 61.8% projection, which clearly falls well within proximity of the Butterfly‘s 1.414 XA objective. (61.8% of the total distance measured from the bottom of wave 1 to the top of wave 3, and projected from the bottom of wave 4).

AAPL – Sentiment has changed radically in recent weeks, enough to carry price over the hump and planting solidly it in north territory. The Bearish BAT pattern coincided with a Tom Demark Sequential 9-13-9 signal, together precipitating an impressive 9 percent pullback. But the ensuing snap-back was even more mind-boggling; what was to be a Bearish BAT pattern reversal quickly morphed into a Bearish Crab with $126.55 objective.