Tools and Techniques to Develop the Mental Edge

Mastering the Emotions of Trading:Harnessing Emotion and Thinking for Highly Effective Trading 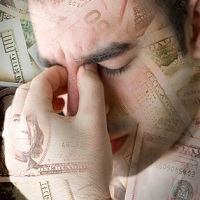 “Trade what you see, not what you feel.”

This axiom of trading seems so right, it is undeniable that all traders need to strive to achieve it.  The only problem with this oft quoted remark is what you see is influenced by what you are feeling – no exceptions.  If only traders could see the facts clearly without feeling, then they would be freed from the tyranny of emotional reasoning.  Then trading would be easy.  But nothing could be further from the truth.

The truth is all thinking (all perception of what you see) is emotional-state dependent.  So what you see is a direct result of how you feel.  Detaching emotional feeling-states from cognition and thinking is simply not possible, because thinking and emotion are inseparable in the brain. They go hand-in-hand.  However, what is possible is the capacity to manage the feeling states that give rise to a trader’s cognition in a given circumstance.  Here, the trader uses emotion to create the mind that trades.

This is the door that Emotional Intelligence opens.  Through the development of a trader’s Emotional Intelligence, a trader can become master of the emotions that trigger in moments of challenge where the outcome is uncertain.  The trader is using emotions that cause him/her to “see” in a way that produces highly effective trading performances.  This requires emotional competence, not emotional denial.

What Are You Really “Seeing”?

This popular axiom, “trade what you see – not what you feel”, is based upon an assumption that a trader can “see” an objective reality that is separate from him as the observer of that reality.  This is where perception and reality get tricky in the eyes of the trader.  We are taught from an early age that there is a world “out there” that can be objectified and known so that outcome can be controlled.  The problem is that our beliefs are the lens that we see potentiality from.  It is the Observer of this potential that brings forth the world you experience.  So it is believing that creates seeing, not seeing that creates believing.

Trading puts this notion of objective reality – an absolute value outside of perception colored by emotion – brutally to the test.  What does the trader see?  Does he see facts?  Or does he see an interpretation (from his brain) of data based on his emotional beliefs about managing the unknown?  There is an unexamined assumption that a trader (or anyone for that matter) can objectively see the markets.  This gap between an objective reality “out there” and an observer generated reality coming from “in there” has to be bridged for a trader to be equipped to trade effectively over time.

Without their ever noticing it, many traders who believe they can make things happen slip into emotional-feeling states that alter their mind’s capacity to observe from the emotional state of impartiality.  This subterfuge is particularly noticeable with traders who have an inherent bias to act.  The anticipation of getting ready for the chase and taking charge produces excitement that feels good – and is not noticed by the trader as he “sees” data.  That state of feeling good is the emotional state of euphoria that has crept into the trader’s mind as he interprets what he sees.  Euphoria alters perception by minimizing risk and cranking up bravado.  Without ever knowing it, the trader is no longer “seeing” data impartially and is motivated to act.   Suddenly the trader is finding reasons to chase a trade.

After being slammed by a loss due to chasing the trade, the trader then prepares to trade again.  The trader’s brain is now hyper-vigilant and is wary – really focusing on what he sees, wanting to make sure he interprets “what’s there” correctly.  Again, without noticing it, the trader misses the wariness that has bubbled up in his observing mind.  This time, he watches the trade set-ups, making sure he sees what’s there.  Only he does not “see” the wariness (or fear) that colors his interpretation of data.  He also does not feel the wariness (or the euphoria in his loss) that produces a mind that is hyper-vigilant and looking for trouble on the horizon.

The feeling state (whether it is euphoria, impartiality, greed, anger, or fear) colors the perception and interpretation of data.  Thinking and feeling (and belief) are intertwined.  The trader does not see objective facts “out there”.  He may be in an emotional state of impartiality (highly coveted in trading) that produces a feeling state that feels like no feeling state.  But, nonetheless, it is a feeling state – not the absence of one.  The same goes with euphoria and fear states.  They may be so normal, so habituated, that the trader does not even notice that the emotion is altering his/her perception of information.  This is why the development of Emotional Intelligence is vital for the success of a trader.

This is also why it is important to recognize that you are always in an emotional state.  Emotions are biological – they are not psychological.  And they take over psychology and the mind of the trader.  The key is for the trader to have the emotional competence to call forward effective emotions that create the mind that “sees”.

How is Data and Information Really Interpreted?

The real question is:  who is doing the seeing of the facts and data?  For example in a case that really happened in a trading room I’m familiar with, two different traders sitting side by side “saw” the same data, but drew vastly different conclusions and acted very differently – one went short and the other went long.  And both produced profitable trades (remember, this really happened).   Who “sees” the right data?  Both saw the same data, but acted differently based on their emotional reaction to the data.  It is clear here that the observer of the data interprets the information based on the primitive emotional beliefs that causes his mind to see what it sees.

Both traders believed they were seeing the data correctly, when actually both were seeing/interpreting the data very differently from one another.  The available information was not objective data.  It was information interpreted by a mind influenced by feeling states.  To top it off, both traders said they felt nothing – that they were emotionally neutral.  This is where the lack of Emotional Intelligence hurts traders.  They generally do not know that they are already influenced by emotions while they are making challenging decisions.  They only find out about an emotional hijacking after the fact – by drawdowns in their trading account.

Wouldn’t it be easier and better to be aware of your emotional life before faulty thinking results in miscalculations or mistakes?  To get to the bottom of this mystery, let’s start by looking at the linkage between knowing (what you think you see) and feeling (the subjective experience of an emotional state).

Emotional Feelings Cause You to Think the Way You Think

All thinking is emotional-state dependent.  Feeling are simply the way you experience the chemistry of a particular emotion.  And it is the chemistry of the emotion that affects thinking.  So no matter how you think, an emotional state is at the bottom of the kind of thinking that you have as a trader.  A trader can believe he is seeing data objectively, but whether he is actually seeing things objectively depends on the feeling state he is in.  Thinking is always colored by the feeling state of an emotion.

Therefore, the trader is always in a feeling state that is causing him or her to see what they see.  The trader never sees the facts out there in an objective world.  He or she sees data biased by the emotional state and beliefs through which he interprets.  That impartiality (dispassion), or being rational, is an emotional state that causes a trader to interpret data in a particular way.  And this emotional state is highly coveted in trading because it allows the trader to think from a probability-based mindset, rather than a scarcity- or fear-based mindset.

First, an emotion triggers because a change in status has occurred and the brain reacts to it.  The feeling state occurs first, and then the observer interprets the facts based on where the emotion is taking the trader.   Most traders are so entranced by their screens that they are oblivious to their prevailing emotional state.  Because of this emotional blindness, they do not see that they are stuck in detrimental, emotional patterns.  And it never occurs to them to turn their attention from the external world to their internal emotional world that is creating the mind that is interpreting trading information.

Traders, portfolio managers, and fund managers get so riveted on the volatility in the markets that they get sucked into watching the screens all day – hypnotized by their fixation.  Little by little, this takes precedence over everything else.  They hear about the need for Emotional Intelligence, but it is difficult to change their patterns and commit to new methods of managing stress.  The patterns have become habitual and have sunk below the radar of their awareness.  Meanwhile, compromised thinking is making their trading decisions and emotional burn out creeps into their performance.

Your trading account will show you the truth unfiltered by emotion.  It is your best ally for developing effective emotional management and beliefs.  As deceptive as emotions can be as they hijack thinking, the trading account cuts to the chase.  It effectively tells you the effectiveness of the beliefs that you are projecting upon the markets.  It is telling you what emotions and feeling states are coloring what you see – for better or worse.  And it is also telling you in black and white how effective those emotional beliefs are in managing the unknown and uncertainty.

If your beliefs driving your trading decisions are effective, you will see growth in your trading account’s equity.  If they are ineffective in the performance of trading, you will see the degree of their ineffectiveness in your P&L Statement as drawdowns and/or stagnancy.   This is all reflected in the way you trade what you see and feel.  You are always in a feeling state that colors your perception.  With the development of your Emotional Intelligence, you (as a trader) develop the edge by becoming master of the emotions and mind that interpret information.  Then, feeling and knowledge can begin to work together to forge an effective trading mind.  You are choosing the feeling state that will interpret actionable market information.  This is the edge that Emotional Intelligence delivers.

Tools and Techniques to Develop the Mental Edge Lessons