The Petrodollar System is an economic system created in the 1970s in which most international transactions involving oil are denominated in US dollars. The goal of this system was to increase demand for the US dollar, thus allowing the United States to extend its political and economic influence through currency strength. It also helps tie together countries around the world to stabilize global energy markets. The Petrodollar System was pioneered by then-US Secretary of State Henry Kissinger and Saudi Arabia’s King Faisal bin Abdulaziz Al Saud, who negotiated a deal between their respective governments that increased economic ties between the two superpowers and firmly established the Petro-Dollar status quo. The success of this deal made it possible for many more international oil exchanges to take place through US dollars, creating a foundation on which much of global economics has been built ever since.

The Petrodollar System is an agreement between the United States and the Organization of Petroleum Exporting Countries (OPEC). Under this agreement, all oil sold on the global market must be priced in U.S. dollars. As part of this arrangement, the United States assumed certain military obligations for protecting access to OPEC reserves and ensuring a secure supply of oil to its consumers and allies in times of crisis. This includes providing diplomatic backup, maintaining naval presence in key maritime regions, mediating conflicts among OPEC members, and providing security guarantees. Although more than four decades have passed since the system’s formation, these requirements remain as substantial aspects of the American military agenda in today’s world. The system, which is pivotal to the functioning of global economics today, was the result of a meeting that took place between US President Richard Nixon and Saudi Arabia’s King Faisal. Through this meeting Nixon and Faisal brokered a new economic deal in which all countries had to use US Dollars to purchase crude oil from OPEC (Organization of Petroleum Exporting Countries). In return, Saudi Arabia guaranteed to reserve its surplus funds in US or Europe-based banks, creating a strong market for US currency and government securities. Ultimately, this agreement ensured that the US Dollar would remain the world’s reserve currency and serve as a steady source of income for the United States.

One of the biggest threats to the Petrodollar system is the increased use of alternative currencies in international oil trades. As more countries look for ways to avoid relying on the US Dollar, there becomes an opportunity for other world currencies, gold, and even cryptocurrencies to take a larger share of global oil trade. This would lead to a weakening of the Petrodollar system as it stands today and would prove difficult for the US economy to manage without the sizable benefits that it currently gets from controlling most of the international oil market. The further we move away from using dollars in oil transactions, the greater this threat grows.

2022 will be a pivotal year in the financial history of the world. We witnessed the war between Russia and Ukraine and the start of the collapse of the Petrodollar system.  What is of great significance in this regard is the reality that Vladimir Putin responded to international sanctions placed against Russia by converting his currency to hard assets.  We wrote about this trend numerous times in 2022. You can read our previous blog posts here:

What Affect Will De-Dollarization Have?

Why Putin Is Throwing B.R.I.C.S at The U.S. Dollar?

This article clearly discusses that Saudi Arabia is de-dollarizing.

“Saudi Arabia, the world’s largest crude oil exporter, is open to discussing oil trade settlements in currencies other than the U.S. dollar, Saudi Minister of Finance, Mohammed Al-Jadaan, told Bloomberg TV in an interview in Davos on Tuesday.”

The way that I interpret economic history, there are four major events which have shaped America and the economies of the world. They are:

Now I would also add January 2023 to this list because it is when the Saudi Kingdom officially stated that it too is turning its back on the U.S. Dollar and becoming more friendly to the Chinese Yuan.

Over the 11 months, Russia has been offering discounts to buyers of Oil and Natural Gas if they paid in Gold. This action in itself is a direct attack on the Petrodollar system where the U.S. Dollar has monopolistic control.

The Petrodollar System relies exclusively on Saudi Arabia broadly accepting U.S. dollars in exchange for petroleum and other commodities, allowing those countries to amass huge stockpiles of dollars. Other major oil-producing countries such as Russia, China, and Venezuela have proven to be unwilling to step into the void left by a lack of Saudi Arabian support if Washington’s policies prove untenable.These potential actors have already begun experimenting with bartering arrangements that don’t require U.S. dollars and could pave the way for an alternative system where they set the rules or accept something else, such as gold or a basket of currencies. Ultimately, there are plenty of strategies and resources available to preserve some form of a petrodollar world should Saudi Arabia decide to cease its support and end its privileged relationship with Washington policymakers.

Why is this development important?

One reason:  The US dollar’s status as the premier reserve currency is tied exclusively to the petrodollar system. Every Oil producing nation in the world will follow the Saudi Kingdoms lead.

Up through 2020 over 80% of all Oil purchases were done in U.S. dollars. This has given the U.S dollar tremendous power.

If the petrodollar system collapses, what reason do you or nation states have to trade in the U.S. Dollar?  Over the last 50 years no world leader had the courage or reserves to challenge the American monopoly established by the Petrodollar system. Today we see numerous nations of the world banding together to find ways to trade outside of the U.S. dollar. This is Washington D.C’s worst nightmare from a policy standpoint.

More importantly, this is all about understanding the real definitions of purchasing power.

Simply put, purchasing power is a measure of how far income or assets can go in terms of acquiring goods and services. Financial planners analyze the purchasing power of their clients to help determine their financial goals and strategies. This includes considering inflation, taxation, and other factors which may affect the value of income or assets over time. By tracking purchasing power, planners can help to ensure that their clients are able to make the most out of their money. Ultimately, figuring out how much one is able to purchase is critical for success in financial planning.

But what happens when you stop measuring your wealth or savings in terms of Dollars?

Trust me, I’m not trying to impress you with my mom’s real estate investing skills. Hang in there with me, this is really important to understand.

When priced in Gold the exact same home didn’t appreciate at all!

If the home didn’t appreciate in value what really was occurring?

It’s referred to as debasement of the currency. It takes a lot more of the same currency to purchase the exact same tangible asset.

If you understand this simple example, you understand why sovereign nations are becoming skittish about continuing to support the U.S. Dollar as the reserve currency of the world. The U.S. dollar continues to be debased faster and faster. As a matter of fact, the buying power of $1 from 1913 is equivalent to only 3 cents today.

The chart above is a dataset of 110 years. Only 4 of those years saw an increase in the value of the U.S. Dollar. Those are pretty horrible odds!

My assumption is that we will begin to see a time this year when the OPEC nations require consumers to pay for their OIL in gold or some other hard asset.

Money is being redefined once again by the world powers.

Russia has backed their currency with hard assets.

Brazil, Russia, India, China, South Africa and now Saudi Arabia are creating their own currency which will also be backed by hard assets.

Clearly, the trend towards de-dollarization has accelerated!  The geopolitical sands of the Middle East are looking for greener pastures. Your goal should be to remove as much political risk as possible from your trading.

That is why artificial intelligence is an indispensable tool for traders today.

Consider that the recent stock market implosion has erased trillions of dollars from cumulatively from people trading accounts. However, it has made a handful of traders fabulously wealthy.

Debates will continue for hundreds of years as to why the recent implosions occurred. However, the only thing a great trader is concerned with is PRICE.

Stories are designed to capture the imagination. Traders need to focus on the probabilities of making the right move at the right time.

Currency debasement is no longer a theoretical argument. It is a transparent government policy. Position yourself accordingly. 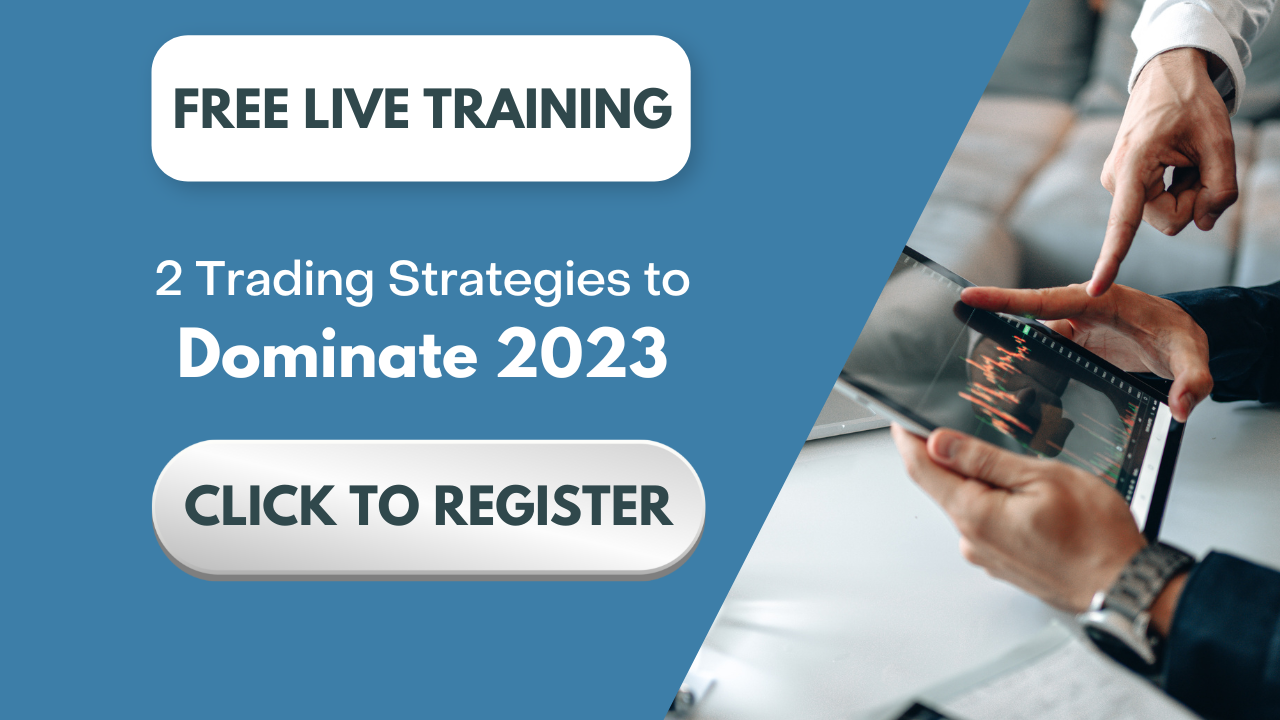