Chrisis, that was nice runaway indeed, SPX got resistance from exact point of 848 – which is also resistance. However as 50% retracement from intra view offered another support there´s still chance market could run even higher. (perhaps I´ll still keep hope of C of IV to come true). Is it going to happen, I don´t know – it depends what EW letter we need to add to this 848 intra climax top. EuroDollar seems to dance now also with SP. My SPX entry was based for different MACD packets, so I cannot confirm it is it just part of the downside correction or did something end on there. (Sorry, a bit lazy with EW counting now).

Btw. There´s 2 stocks in mobile phone business which might come as very succesfull strories nor matter market has been negative for several days. Another one is Palm and another is RIMM. Rimm chart is very bullish, so it Palm. Palm runaway has been amazing story allready – I think it´s up around 500% since bottom, but RIMM might be just starting it based for it charts. 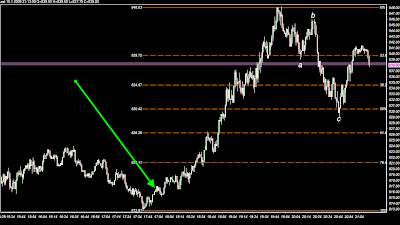