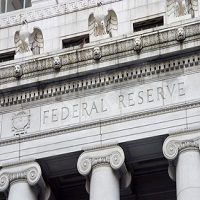 Last month, we initiated the discussion of inter-market relationships focusing on the currency market’s influence over commodity prices (if you missed it, you will find it here).   Let’s turn our attention to the relationships that exist between various asset classes. Some of the conclusions from data will likely go against conventional wisdom.

Stocks and Bonds Can Go up and Down Together

The oldest adage in the finance industry is, “Stocks up, bonds down”.  The quip stems from conventional theory suggesting there are two primary investment vehicles available to the main-stream investor – stocks and bonds.  In essence, these two asset classes are assumed to be fighting for the same limited amount of investment dollars.  Accordingly, if one is in favor, the other is out of favor, and vice versa.  Thus, many assume that if the stock market is going up, investors are selling their Treasury holdings to purchase stocks.  Therefore, Treasury bonds should head lower when stocks are moving higher.

The aforementioned theory hasn’t necessarily been in play in recent years.  There are several explanations that attempt to describe the disconnect from history, but here are the two that stick out in our minds.

Government intervention – Aggressive stimulus programs such as the Federal Reserve’s Quantitative Easing (QE), and chronic low interest rate policies, created a scenario in which many assets moved as one,  this includes stocks and bonds.  Because QE involved injecting money into the economy to chase the same number of goods and services, it arguably resulted in higher asset prices across the board.  This could be seen in the stock, bond, and commodity markets from 2009 through 2014.

More investment options to market participants – We no longer live in a simple society in which there are two primary investment vehicles.  For instance, investors can now easily participate in real estate, commodities, and global stock and bond markets.  In other words, the competition for investment dollars is now spread among a seemingly unlimited number of assets.

In early 2015, statistics accumulated in the second half of 2014 were pointing toward a positive correlation between the S&P 500 futures contract and the 30-year bond future of approximately 50%.  This means that roughly half of the time, stocks and bonds move together.  Obviously, this isn’t a perfect correlation but it does suggest that conventional wisdom of an inverse relationship isn’t the current reality.

I suspect most readers are surprised to learn that the negative correlation between crude oil and Treasuries is as compelling as any on the quote board.  As of mid-February, the price of crude oil and the 30-year bond futures contract moved in opposite directions roughly 96% of the time making this an incredibly potent relationship!

There are a few explanations as to why the markets behave in this manner.  The primary driver of this inverse correlation is likely the U.S. Dollar.  As discussed in Part 1 of this article, a stronger dollar has put upward pressure on Treasuries, and has been a driving force to lower oil prices.  However, it goes a little deeper than that.

Crude oil is seen as a barometer to global growth.  Thus, when crude oil is declining, investors tend to question whether softening demand for oil is a sign of an upcoming global recession.  This theory isn’t necessarily off base; crude oil was one of the first asset classes to collapse prior to the now infamous 2009 financial melt-down.  With this in mind, it is easy to see how tumbling oil might trigger some flight to quality buying in safety assets such as government backed fixed income securities.

Of course, others might argue that crude oil is simply the tail being wagged by the dog (Treasuries).  For instance, it is conceivable to argue that selling in crude oil, a commonly held “risk” asset for sophisticated investors, came at the hands of investors looking to sell risky assets such as oil, and move funds into an asset class deemed to be “safe” such as Treasuries.

The truth is likely a little of both, but the important thing is to be aware of the relationship.  Knowing this will help traders in properly diversifying speculations. For instance, a trader ignorant of the relationship between these two markets might believe he is participating in two vastly different asset classes, yet being long Treasuries and short oil, or vice versa, is essentially the “same” position.

Sugar and Oil Move Together

The media has led many to believe that corn is the primary commodity used in ethanol production.  However, the truth is that sugar is a much more efficient means of producing the alternative fuel.  As result, higher crude oil prices increase the demand for ethanol and, therefore, sugar.  Accordingly, it isn’t surprising to see oil and sugar move in tandem a majority of the time.  Specifically, WTI crude oil futures, traded on the NYMEX division of the Chicago Mercantile Exchange, are correlated to sugar #11 (world sugar) futures, traded on the Intercontinental Exchange (known simply as ICE), roughly 90% of the time.  Thus, if you are interested in making a play on oil but would prefer lower margins and risk, sugar might be a viable alternative.

The Japanese yen peaked out in 2011 and has fallen significantly out of favor in recent years due to aggressive stimulus programs and a low interest rate policy being implemented by the Bank of Japan.  Consequently, funds have migrated out of the yen and into higher yielding assets.  A direct beneficiary of this has been U.S. stocks.

In turn, currency market speculators jumped on the bandwagon.  They sold yen and bought USD seeking an interest rate differential; much of the proceeds of the operation went into stocks.  With these factors in mind, it should make sense that the yen is highly negatively correlated to U.S. stock indices such as the S&P, NASDAQ and Dow.   In recent months, the correlation was in the high 90s, but has fallen to the high 80s.  Nevertheless, any changes in the yen could be a precursor to an equity market move.  It is worth noting that hedge funds have spent the previous years building substantial holdings in a short yen, long dollar-backed assets trade.  If they are ever forced to unwind positions on terms other than their own, we could see a massive short squeeze rally in the yen and, therefore, a large domestic equity market correction.

Whether you opt to use inter-market relationships as a clue into the next market move, as an alternative way to hedge speculation (by taking a lesser opposite position in a correlated market), or as a means of finding lower risk ways to indirectly participate in high margin markets, being aware of these market tendencies has the potential to be a valuable tool.  Assuming assets move independently of each other could prove to be an expensive fallacy, because they rarely do.

* There is substantial risk in trading options and futures.  It is not suitable for everyone.